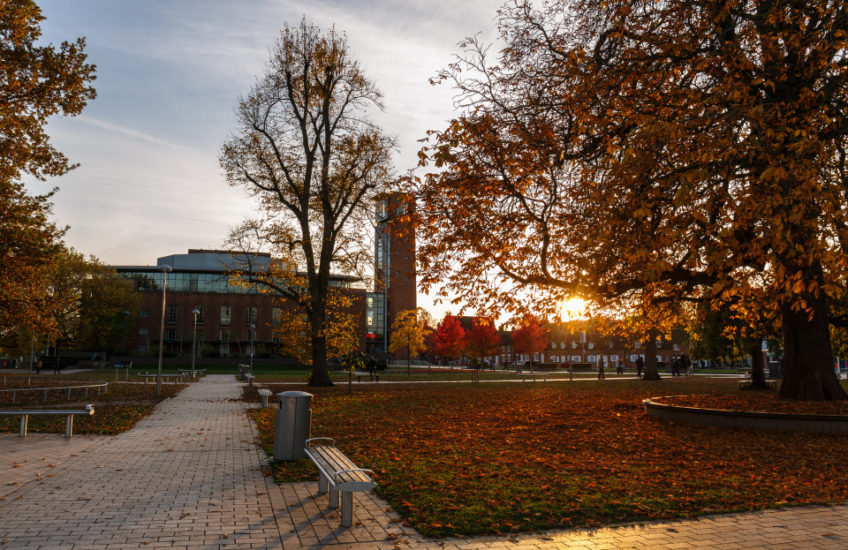 An article popped up in my Facebook news feed this morning, which stated that among a number of interesting astrological photographic opportunities this month, today would see a conjunction of Venus and Saturn with the sickle moon. I got quite excited about this, but when I opened the Ephemeris and checked the position of the moon it turned out that in Worcestershire it had risen at 9.30am and would be setting at 6.30pm, which made me think that I would be lucky to see it at all.

This afternoon R and I needed to run some errands in Stratford, and as it was a clear day I engineered it so that we went in the latter part of the afternoon, in the hope that I’d find some other nice light to capture. After shopping and coffee I left R working in the café and walked down to the river, where sure enough the light was lovely, and I took several photos that I like quite a lot. This shot of the Bancroft Gardens and the theatre was one of those rare ones (for me at least) which I knew as I pressed the shutter was going to be a keeper – which is why it’s today’s blip.

On the way home we were treated to the most spectacular sunset: even R was impressed, and I was completely enchanted by the display of colour. By the time we reached a place where we could safely stop the car it was almost over, but I managed one shot which did include the moon (though not Venus), which I’ve now installed as the banner photo on my Facebook page.