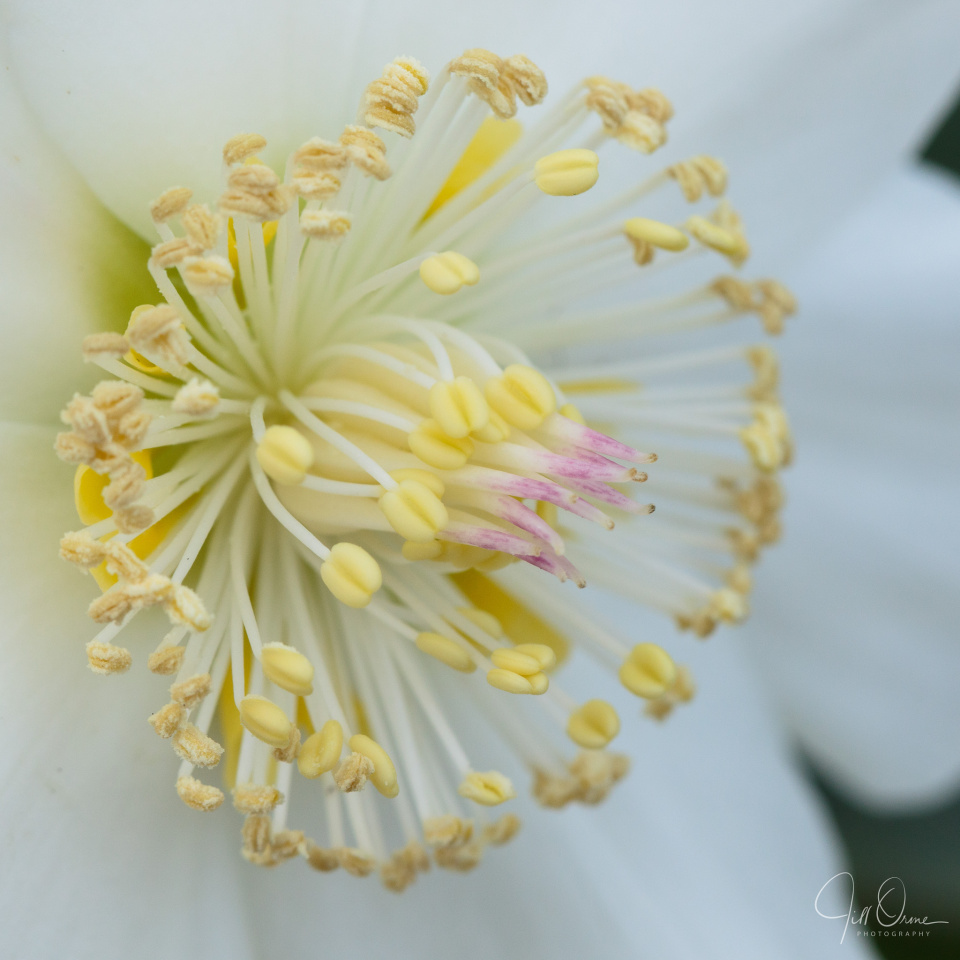 A day which began very well ended in annoyance and frustration.

This morning I did some administrative stuff, and then took a few minutes to photograph the central reproductive bits and pieces of the little hellebore I bought at the farm shop last week for today’s blip. R and I then went to Stratford for a walk and a snacky lunch in the park; contrary to the forecast the weather was lovely, and the tufted duck count was up to nine. All was well with my world.

Back at home I did some more admin, including some financial stuff, and then went back to working on yesterday’s great northern diver photos, expecting to finish the processing and culling so that I could put together a Facebook post. Lightroom, which is currently the absolute bane of my life, had other ideas though: it crashed repeatedly, and took the entire system down with it on at least half a dozen occasions, leaving me waiting around while the Mac rebooted and recovered my data. I’ve been having this issue for a couple of weeks now, but it was especially bad tonight – though only with the photos from Draycote Water, and not when I finally gave up on those (with over a hundred still to process) and moved on to the hellebore shots I took this morning. This has given me my first real clue as to what might be causing the problem: today’s images files, created with the small camera at quite low ISO, are only around 20MB each in size, whereas yesterday’s, taken with the 5DIV in low light, are around 40MB. Goodness knows, I don’t want to have to ditch Lightroom at this stage and move on to some entirely new processing program, but if it doesn’t stop crashing my computer I may have to.

As if that weren’t enough to have me banging my head on my desk, one of the financial transactions I made this afternoon triggered a fraud alert at our main bank, which a telephone conversation with the fraud specialist failed to resolve. So tomorrow we will mostly be visiting the nearest branch to get the account unlocked, where R will be semaphoring at me wildly with his eyebrows to remind me to keep my temper.

I may well be needing cake.