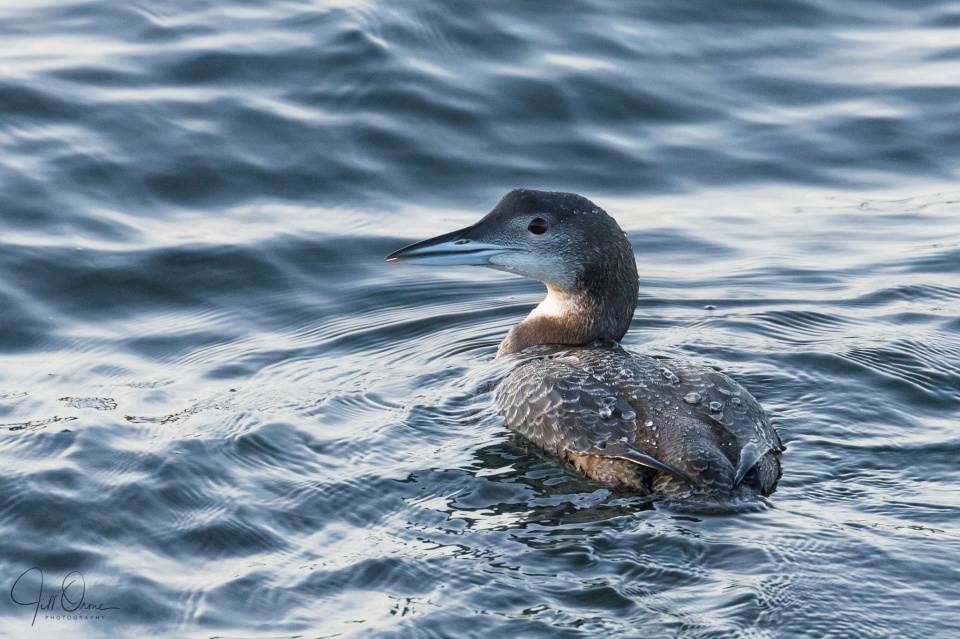 There are several great northern divers dotted around the country at the moment, including one at Ripple in The Shire, but I decided to go in search of the pair that have been hanging around Draycote Water in Warwickshire for about three weeks now – my reasoning being that I knew I’d get something there, even if it was just a five-mile walk. On every other occasion when I’ve been to Draycote I’ve walked the reservoir perimeter anti-clockwise, but today, for some reason I can’t quite explain, I went the opposite way. Which is why it took me two hours to catch up with the divers, rather than the twenty minutes it might have done, and why the light on this bird is so dusky. But the length of the search made it all the more thrilling when I suddenly spotted the pair hunting close together, just off the breakwater, and through the long lens seeming to be almost at my feet.

I really love these handsome water birds, though I’ve only ever seen them in their winter plumage; before I shuffle off, I hope to have the chance to see them in their fabulous summer livery. It’s possible that I could achieve this with a trip to Scotland, because although there are only a handful of records of Great Northern Divers breeding there, a number of adults do stay around the coasts and sea lochs of Scotland through the summer. But most of the estimated two and a half thousand individuals that winter here are visitors from Iceland, Canada or Greenland, and return there to breed, which would make them tricky to follow. Perhaps a late summer visit to New England might lie somewhere in my future!

In America, these birds are called common loons, the name deriving either from the Old Norse word lómr, meaning lament, and describing their eerie call; or referring to their extreme ungainliness on land. Like grebes, divers have their legs set a long way back under their bodies, which is very efficient for swimming and diving, but makes walking difficult. They also have unusually heavy skeletons, which, again, is helpful in diving, but means that they have to run for quite a long distance along the surface of the water to achieve the necessary speed to become airborne. Great northern divers can live for between fifteen and twenty five years, and breeding pairs are monogamous.

I still have many, many photos of today’s GNDs to process, and I hope to find a few more images that I like enough to post to my Facebook page. But for now I’ve selected this, which is one of the first shots I took during our encounter; and a later one containing both birds, which shows the difference in their colouring. 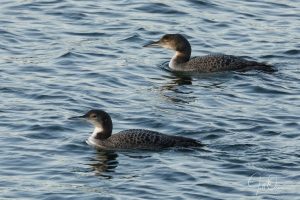