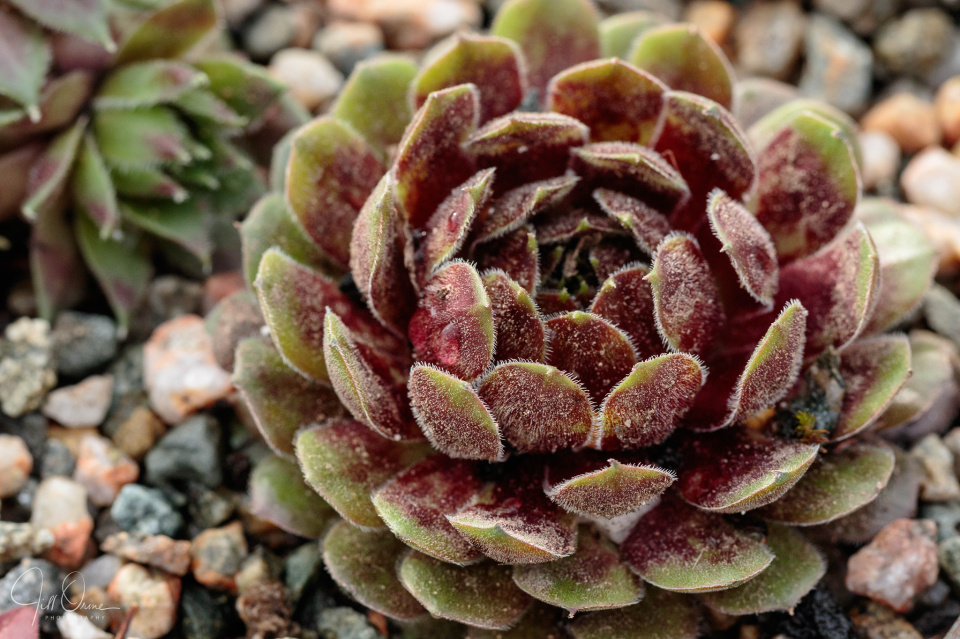 R’s eyebrows are likely to shoot right off the top of his head when he sees the title of this blip: I’ve been in a horrible mood for most of today. As forecast, it’s been cold, windy, and dark, and that was all it took for my spirits to plunge – one look out of the window this morning told me that there was no point in even thinking about a garden bug hunt, and I spent the entire morning slumped at my desk, scrolling through social media (or “the socials” as we apparently say these days) and listening to podcasts. I didn’t even make it out of my pyjamas till this afternoon.

When I did eventually stomp downstairs I found a package waiting for me from a company called Sempervivums By Post. For the past four years I’ve had very good value from a bowl of sempervivums that I kept on the patio wall – including getting five blips out of them – but last winter the entire collection upped and died. I’d been meaning, vaguely, to replace them, but didn’t get round to it until I was asked to come up with a photo of something pink for a challenge earlier in the week, at which point I realised how much I missed them. By that point of course I couldn’t go out to buy replacements, but luckily I was able to order some to be delivered. It was only when I’d cleaned out the bowl and began refilling it to plant them that I realised I’d run out of horticultural grit and should have ordered some of that too; the grit you can see in this image was carefully scraped off the surface of an alpine trough and ‘repurposed’.

The collection I bought consists of one plant each of ten different varieties of sempervivum. The name of this one is ‘Happy’.

I wasn’t expecting to become the subject of a fierce dispute when I sat down...

I wasn’t feeling all that well today, so I gave myself a much quieter day...

It’s been a day of great excitement here in the Shire – well, in our...

In the world of insects, of course, “large” is a relative term: he’s only about...

The common name of the hoverfly Myathropa florea comes from the grey and black marking...

R and I have long since given up trying to negotiate the minefield of buying...