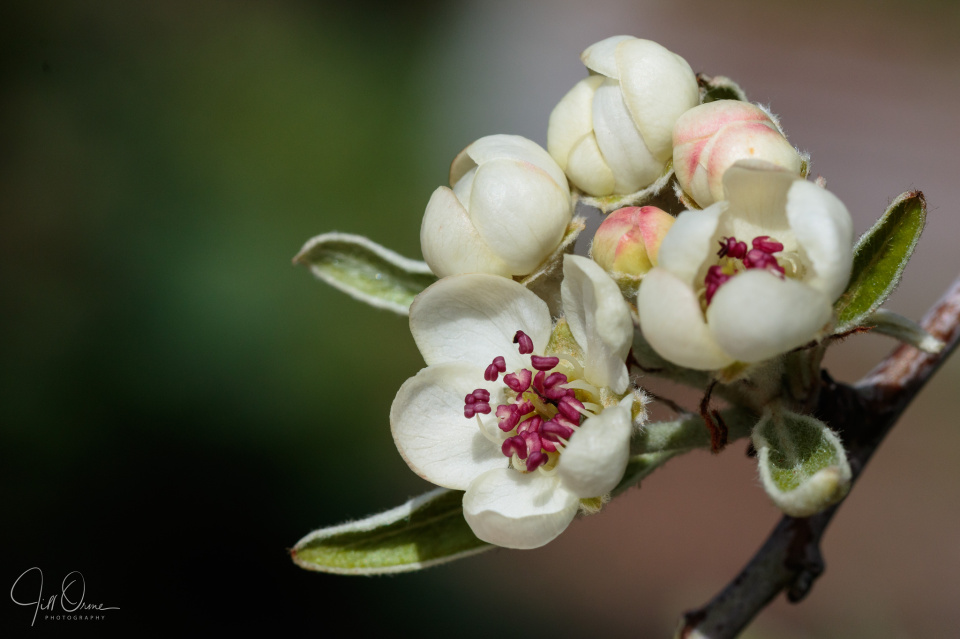 I think we all know by now that you can’t always believe what you think you’re seeing in a photograph, and in the interests of journalistic integrity I feel I must tell you that my garden was not as tranquil and spring-like today as this image might suggest. In fact there was a bitter, howling, north-easterly wind slicing through it (and through me), and in order to get the shot I had to wait until the scudding clouds momentarily revealed the sun, and then hold the lower part of this twig as still as possible with one hand while operating the camera with the other. This was the first frame of a burst; all the others were out of focus in various ways, because the wind was twisting the twig and trying to pull it out of my grasp.

Apparently we’re due to keep this wind until at least Thursday, which bodes ill for my chances of photographing any invertebrates – today there was a lone, brave male plumpie out looking for lurve, plus a single Bombus pratorum queen nectaring on the pulmonaria, but everything else was wisely hunkered down in its roost. This, as you’d probably expect, makes me quite grumpy, so I’m crossing my fingers for the forecast to be wrong. But at least it hasn’t snowed here, which is more than some parts of the country can say.

This morning we had another family Zoom chat. In these difficult days it’s a blessing that we have the technology to be able to interact over huge distances with those we love, and I’m grateful to have shared this family time. They’re all looking well, and seem to be managing to keep busy. H has just posted a cover of a rather lovely Adrienne Lenker song called Indiana to his Facebook feed, if you’re interested – I’m biased (obvs), but I think it’s charming.