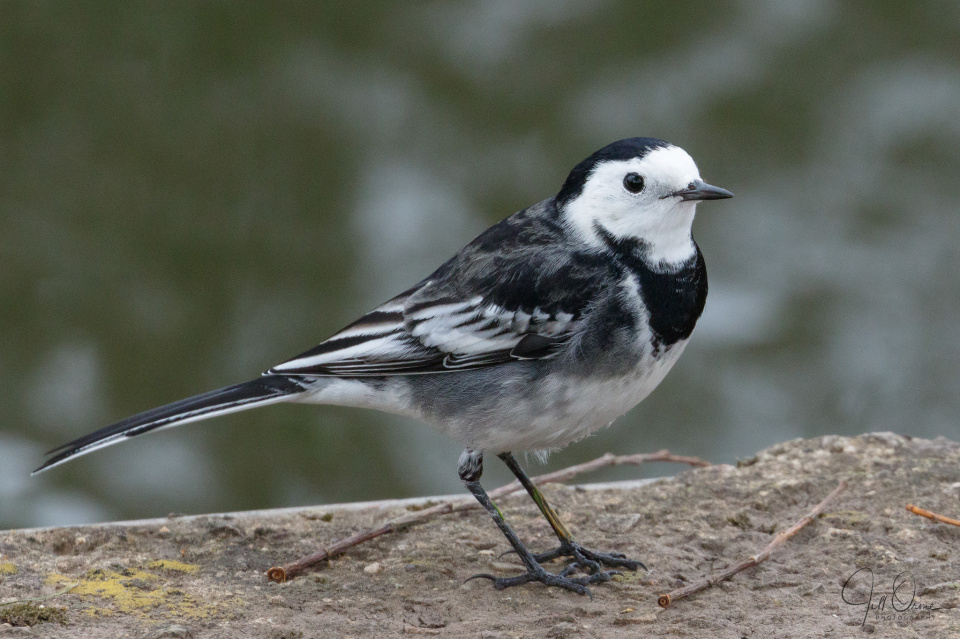 I’m posting two images this evening: this is my favourite of the day, and the extra is R’s.

As you can see, it was a pretty drab day in Stratford, but I wasn’t downhearted because – having been summoned via a text at the weekend – I’d just been to my GP’s surgery for my Covid booster. The trip there was a little stressful, I have to say. The surgery lies on the other side of the Avon to our village, and our normal route goes across Bidford Bridge; but Bidford Bridge is currently closed for repair because, for the third time in a decade, some fool has driven into the parapet, and knocked a big chunk of it into the river. I mean, why not? It’s only a scheduled ancient monument. And Stratford District Council apparently thinks that having to repair it on a regular basis, inconveniencing the travelling public in the process, is a preferable solution to stopping vehicles above a certain size using it – a decision with which a few thousand people would currently take issue, I should think.

Anyway, I knew that I couldn’t use Bidford Bridge, so I’d allowed time for the detour to the next nearest crossing, at Welford on Avon. But I hadn’t allowed for being stuck behind a random braker in a vast Lexus, that I didn’t have the space to pass on the narrow cross-country road. By the time we were stuttering through Welford, stopping every time another vehicle hove into view, even when we had right of way, I’d gone through “Oh, good grief – it’s not that difficult! Just get ON with it!”, and reached “OMG!!!! WHAT NOW???!!!!”

In the end I had to follow the guy all the way to the surgery, but luckily for both of us he carried on when I turned into the car park – if I’d been stuck behind him in the vaccination queue as well, my brain would probably have exploded out of my ears. As it was though, I whisked in and out of the clinic in the space of about two minutes, and then zoomed blithely back to Stratford to do walking, shopping, coffee drinking, and photography. I snapped a few different birds at the river, but this little pied wagtail (which was pretty outraged by the attention, I have to say) is by far my favourite. I thought about going with the mood and converting the whole image to black and white, but decided that the faint hint of colour in the fore and background helps to set off the wagtail’s spiffy monochrome plumage. 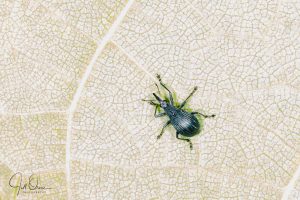 The star of my extra is the 3mm weevil Oxystoma pomonae. I’m still finding good numbers of these little guys on the underside of leaves down in the wildlife garden, and I’m diligently recording them. Because they’re so very small though, the temptation is to get right in to the minimum focus distance of the macro, and when I do that I have to remember – as I didn’t today – to turn the power of the ring flash down to -2 stops. When I realised that most of the detail in this shot had burned out, I almost deleted it, but seeing that it was sharp, I thought it might actually be fun to create a high-key image – and though I won’t be submitting it to any nature competitions, I do quite like the end result.