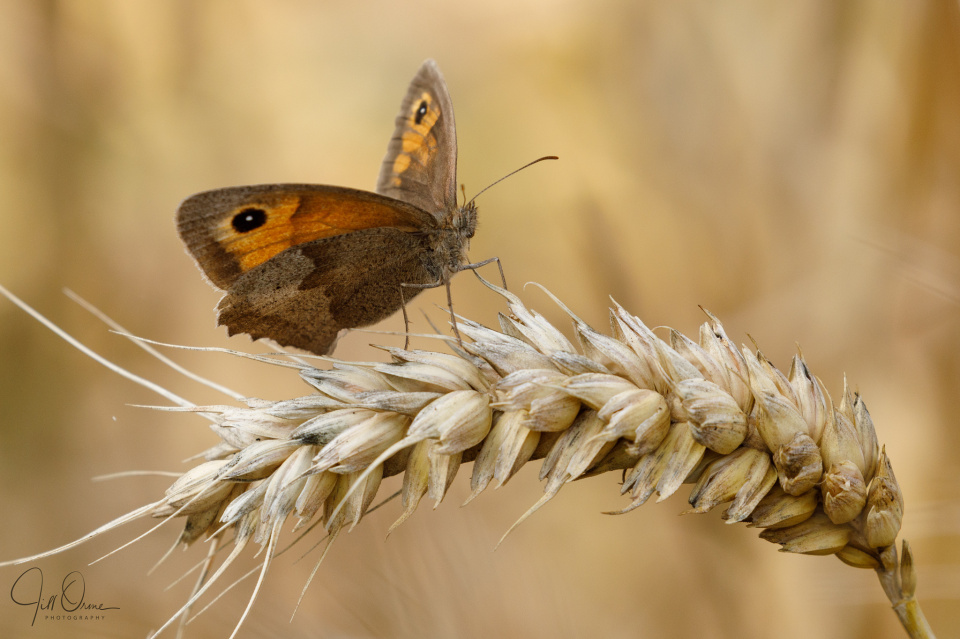 I was walking around the village late this afternoon, dodging rain showers, and as I made my way home through a wheat field the sun came out, and a little cloud of Meadow Brown butterflies left the hedgerow and settled on the wheat ears. There were plenty of other butterflies in the field – mainly Gatekeepers, but also Large and Small Whites – but they stayed on the hedgerow, feeding on the bramble flowers: it was just the Meadow Browns that performed this formation basking routine.

The further I walked, the more Meadow Browns I spotted, all sitting with their backs to the sun, soaking up the rays. In all there must have been at least a couple of dozen – which is a nice coincidence, because that’s roughly the number of photos I took of them. I would guess that they were getting ready to roost for the night, because they were quite settled and passive, and let me get quite close; I have some nicely detailed macro shots, but I’ve decided to use this one because I like the separation that the long lens has created.

Brown butterflies are often thought of as rather boring, but I’d say that in the right setting they can be just as photogenic as their more brightly-coloured cousins.