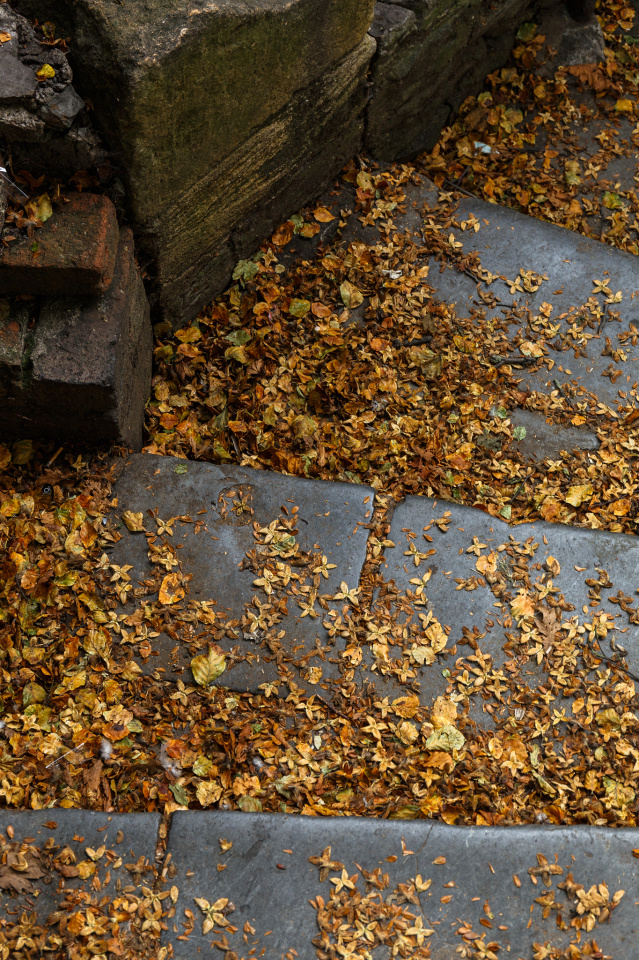 Another day of attempting to fit quarts of ridiculous activity into pint pots of time.

After sitting at my desk for three hours this morning I was glad to accept R’s invitation to join him in The Sham for coffee and cake – which turned into sandwiches, coffee and cake, followed by a detour into the Workman Gardens on the way back to the car so that I could take some photos. I got some reasonable shots of a barge called Spirit of Freedom (wouldn’t that be nice?) and a flotilla of water fowl; but R and I both rather like this shot of the steps down into the gardens, covered with leaves and what I think might be beech nut kernels. I got in several people’s way framing it and adjusting the camera – but actually, I don’t care.

Then back to my desk, frantically preparing for a two and a half hour meeting this evening. Which didn’t go as well as I had hoped, and indeed, expected.

Many apologies for continuing to be the worst Blipfriend on the planet – I will attempt to kick this project into touch in short order and get back to a relatively normal balance of activity; but right now something has to give, and if that isn’t to be what passes for my self-control, it has to be whatever can be put on hold – such as normal levels of interpersonal interaction.