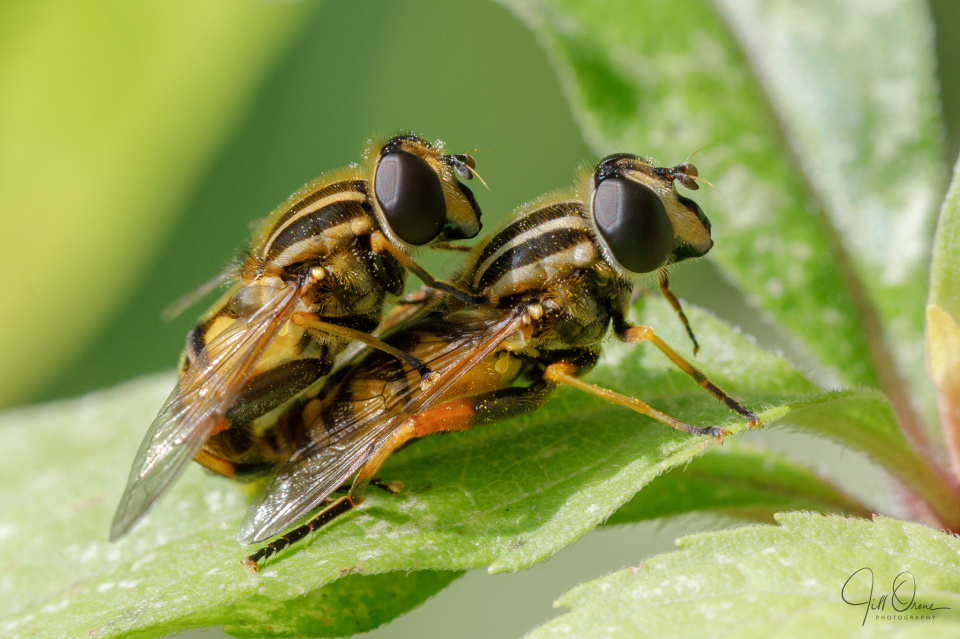 There was an element of fieldcraft here – I know that the hemp agrimony by the wildlife pond is a favoured spot for these sun flies, and when I’m out on a bug hunt I always check to see if it’s being used for hoverfly rumpy-pumpy. But I also had a big slice of luck: firstly in happening to be standing right next to the plant when the female landed on one of the leaves and was promptly jumped by two suitors; and secondly in the the fact that the sun had just emerged for the first time today, lighting up what can be a dark corner of the garden.

In other news, I found yesterday’s ichneumon wasp again this afternoon, working over a patch of yarrow and inserting her ovipositor into the centre of some of the flowers. Yarrow is the larval foodplant of two moths that I know of – the Yarrow Plume and the Tawny Speckled Pug – as well as some flies, so it seems that one of these was her quarry.