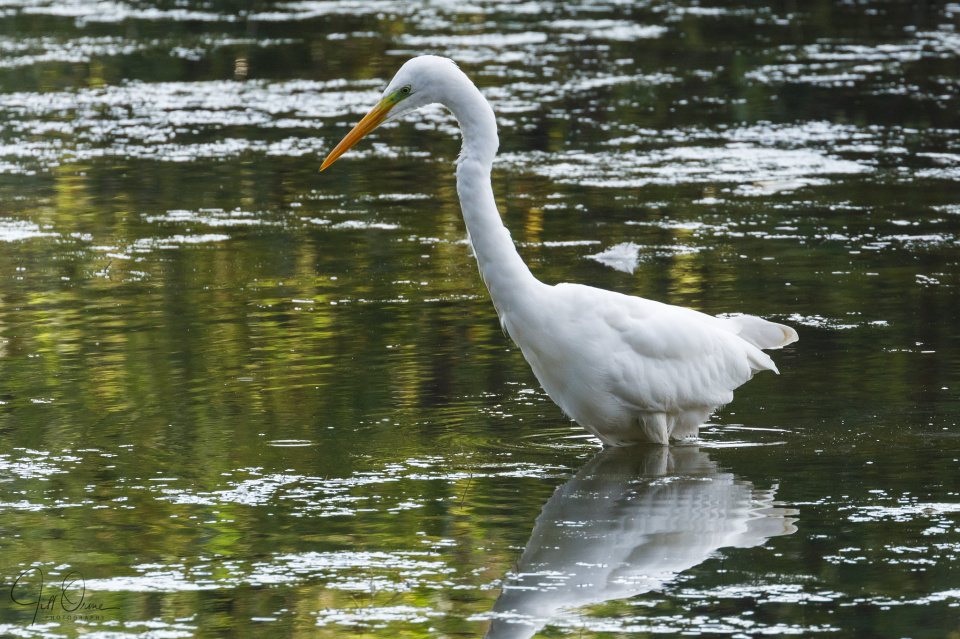 After a week of Nodonata (©) – nothing in the garden or the village, nothing at the river when I was in Stratford the other day, and no Monday lunchtime trip to Forest Farm to look for Golden-ringed Dragonflies because it was cool and overcast in Cardiff at the time – by this morning I was suffering from severe dragon withdrawal symptoms. I clattered around grumpily for a while, doing useful things, but then decided to ignore an unpromising weather forecast and zoom over to Croome in search of Migrant Hawkers, and it turned out that my instincts were better than the BBC’s: by the time I arrived it had turned into a bright and sunny afternoon, and the lake was busy with hawkers and darters.

I spent nearly three hours pottering back and forth, happily observing and photographing, and only decided to call it a day when the sun began to sink behind the tall trees fringing the lake, and the light on the island reed bed became problematic. As I walked back along the side of the lake I realised that I was the only person left there, started to wonder what time the car park gate would be closing, and decided that I’d best get a move on if I wasn’t to risk having my car locked in the estate overnight. Then I noticed a heron standing in the shallows at the end of the lake.

That’s a very pale heron, I thought, as I got closer to it. How odd. Definitely grey though. But pale. Or… is that just shadow? Could it be…? Surely not? Good grief! It’s a great white egret!!

I’m old enough to remember when the presence of a great white egret in a lake in the English Midlands would have triggered a rare bird alert, but over the past decade the species has become much more common, and it’s now believed to be a breeding resident in the Avalon Marshes in Somerset. But even so, it’s primarily a winter migrant to this country, and definitely not something you can expect to trip over every day. Bird Guides logged just a handful of sightings during August, and they were all at lakes and reservoirs in the north of England, so I think I’m justified in being pleased with my encounter today. 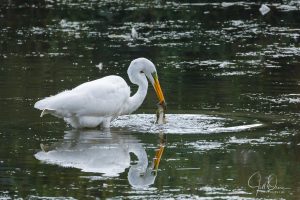 Once I’d realised what I was looking at, I had the problem of trying to get close enough for detailed photos without spooking the egret into flight, and it took me several minutes to sneak around the end of the lake, keeping within the shrubbery as much as possible, until I got to the point from which I took both these images. The bird was impressively focused on catching itself a meal, and showed no sign of nerves at any point, so I could probably have got closer still. But there’s always going to be a single step forward that you shouldn’t take, and I didn’t want to find out where that was, so once I’d bagged a couple of hundred (or so) images, I retreated cautiously to the point at which I was out of the egret’s eye line, and hot-footed it back up the hill to the (fortunately still open) car park.