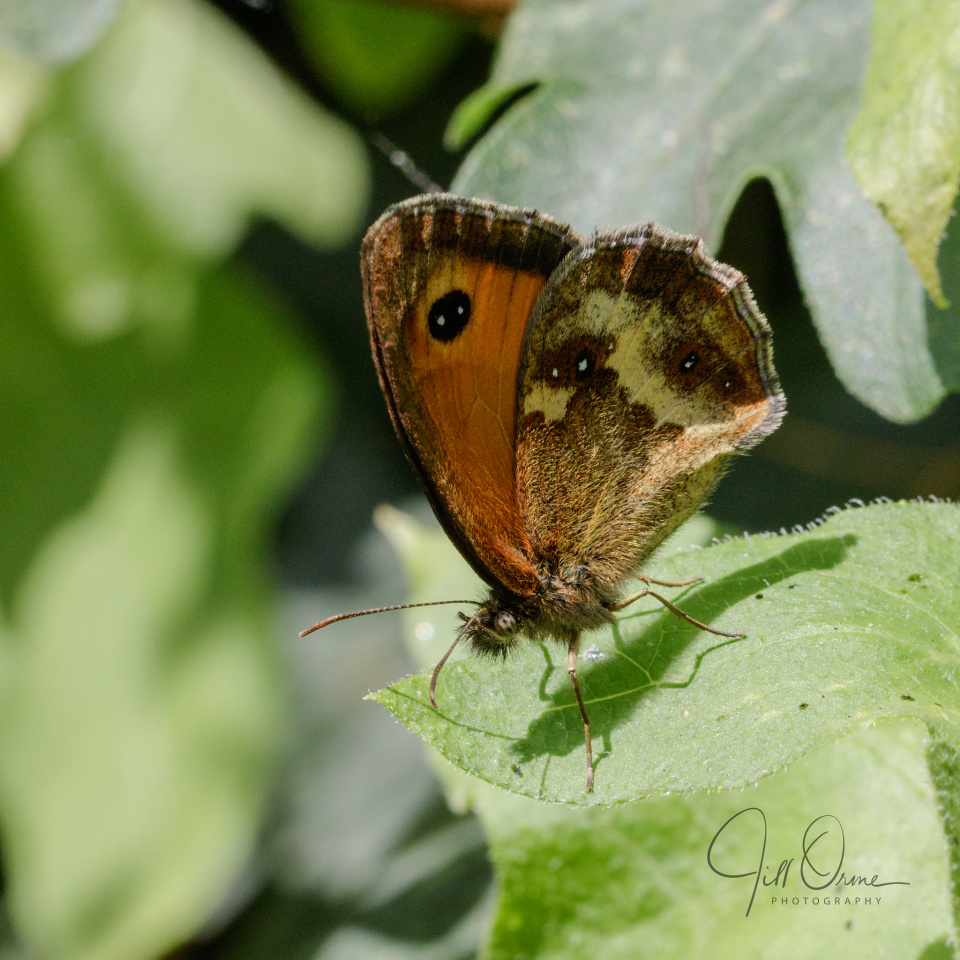 It’s been a hectic week and I had intended to give myself a quiet day today, maybe catching up on some unprocessed photo files, but it didn’t turn out that way. I did what my back is now telling me was far too much gardening, including picking this year’s rather meagre gooseberry harvest and pruning the bushes (both jobs I detest); as well as some watering and weeding. By the time I’d cleaned and trimmed the gooseberries I had completely run out of steam, so the jam will have to wait till tomorrow.

After breakfast and while the sun was still on it, I took what was supposed to be a quick photo walk along the thistly hedgerow just along from the house, where I spotted this Gatekeeper, basking while keeping an eye out for females and/or rivals. The extra shows him with his wings spread, displaying the very obvious sex brand on his forewing which is only present in males. I think these are the prettiest of the brown species we have in this area; they’ve only emerged in numbers here over the past week or so, which is why he’s looking so tidy. 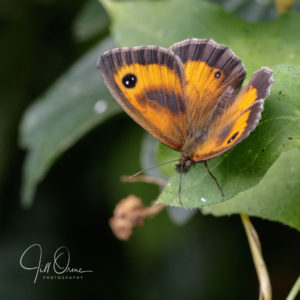 While I was out I ran into some neighbours who were walking their Springer spaniel, and wound up chatting to them for quite a long time about the antiques and collectibles business they’re now running, and which sounds to be almost as much a labour of love as a profit-making enterprise. Back at home I took a look at their Instagram, and it seems that buying things they would like to own themselves is working pretty well for them. I may have to pop into the antiques centre where they have a unit – just to take a look, you understand. Definitely not to buy anything. Oh no…. definitely just to look.