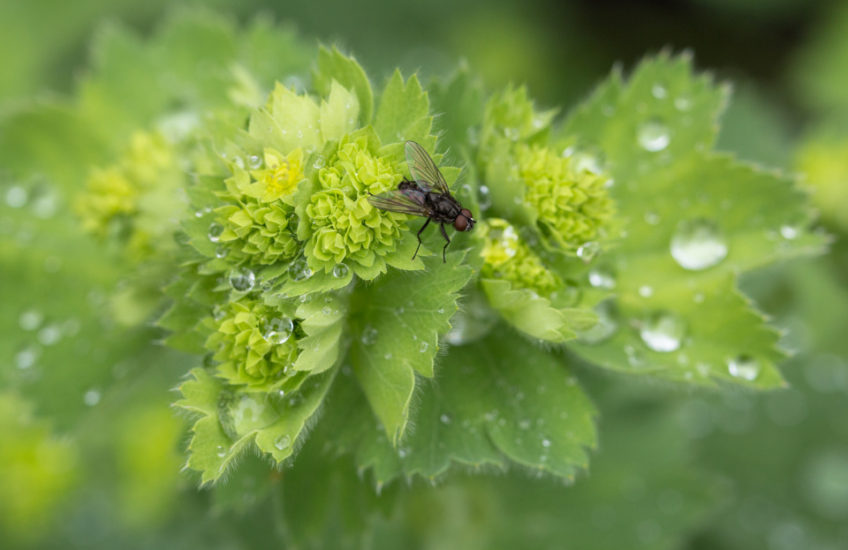 Despite the fact that it has rained for most of the day, I did manage a couple of hours in the garden, much of it working on the pear tree bed with R. I also did a photo walk and captured some really nice records, including a Cream-spot ladybird which I’d never seen before, and three species of hoverfly that were also new to me.

In the end though, I couldn’t resist posting this. I love Alchemilla mollis – some people say it’s invasive, but in my garden it behaves very properly – and I especially like to see it after rain, when the water droplets sit on its furry leaves in a way that seems to defy the laws of physics. It’s surprisingly difficult to photograph this phenomenon well and I quite often take a shot in passing only to discard it later, but today I happened to capture this, and something about the contrast between the dark, sharply-focused fly, the misty Alchemilla and the droplets really pleases my eye.