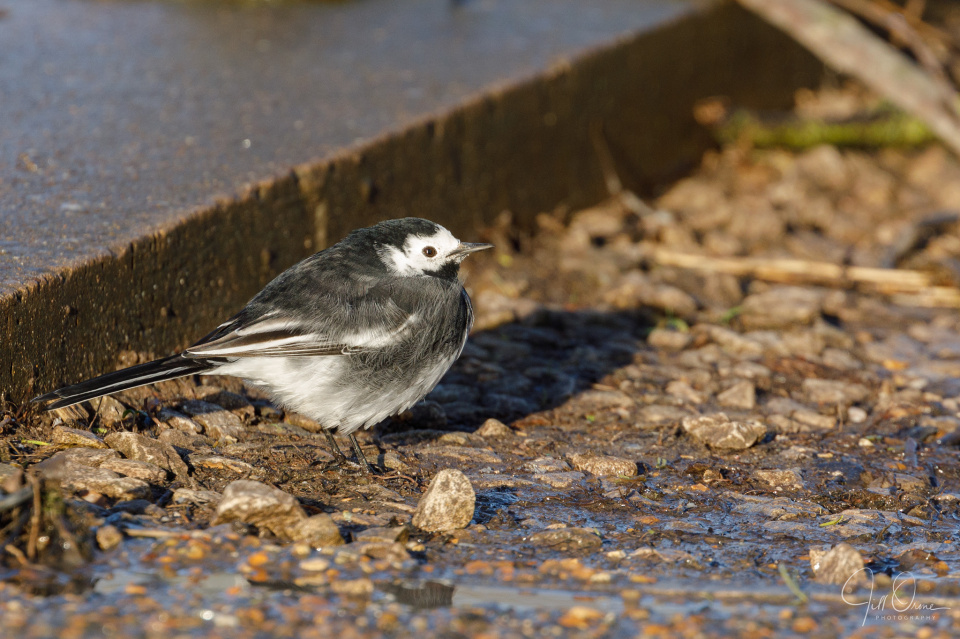 Bless. I think it must be a youngster, to still be so downy. It was fairly outraged that I was pursuing it along the quayside, and this was the last photo I managed before it took itself off to the other side of the river.

I frittered away all of this morning and half of the afternoon on owls. A couple of weeks ago – on the day I posted this image – I had the best owling session I’ve ever experienced, and I’ve been trying to reduce the day’s haul of photos to something like a reasonable number of keepers ever since. The good news is that I’m now down to just over 200 raw files. The bad news is… 200 raw files. I’ve weeded out all the ones in which the owl’s eyes aren’t sharp, and I’ve reached the stage of using the NEOiF test, which is Not Enough Owl in Frame. But I’m also now deleting photos that under any other circumstances I’d be very happy with, so it’s a pretty painful process. I may have to go back through my older owl photos and delete a load of those instead, just so I can keep more of these.

As a counter-irritant to that, I spent some time trying to find a balanced trio of owls to enter into a panels competition at camera club next week, but failed dismally. The main issue is that being nature images they can’t be heavily manipulated – which would include flipping one so that the owl appears to be flying in the opposite direction – and as the light at the owl field is strongly directional and you always want it to be on the owl’s face rather than its bum, all my best shots tend to be travelling right to left. I faffed and faffed, trying different combinations, but in the end I admitted defeat on the project and went off to Stratford for a walk and some coffee instead.

In better photographic news, I was happy to receive an email from the RPS Nature Group while I was out, telling me that they’ve accepted this image into their annual exhibition. That’s pleasing for two reasons: firstly because I only joined the Nature Group a couple of weeks ago, and when my membership pack arrived and I found out about the exhibition I had to scramble to submit an entry in time; and secondly because when the same photo came up in front of a camera club judge last year he said (as it went on the discard pile), “Yes. Well. I think my friends who are nature photographers would probably like this. I believe these birds are quite hard to photograph.” I was, it would be fair to say, Not Pleased, but I still really liked the image, and I feel vindicated now it turns out that he was right on both counts: bitterns are hard to photograph, and people who are nature photographers do like it. The exhibition opens at the Nature Group’s AGM at Smethwick on April 4th, and I’m looking forward to seeing it.