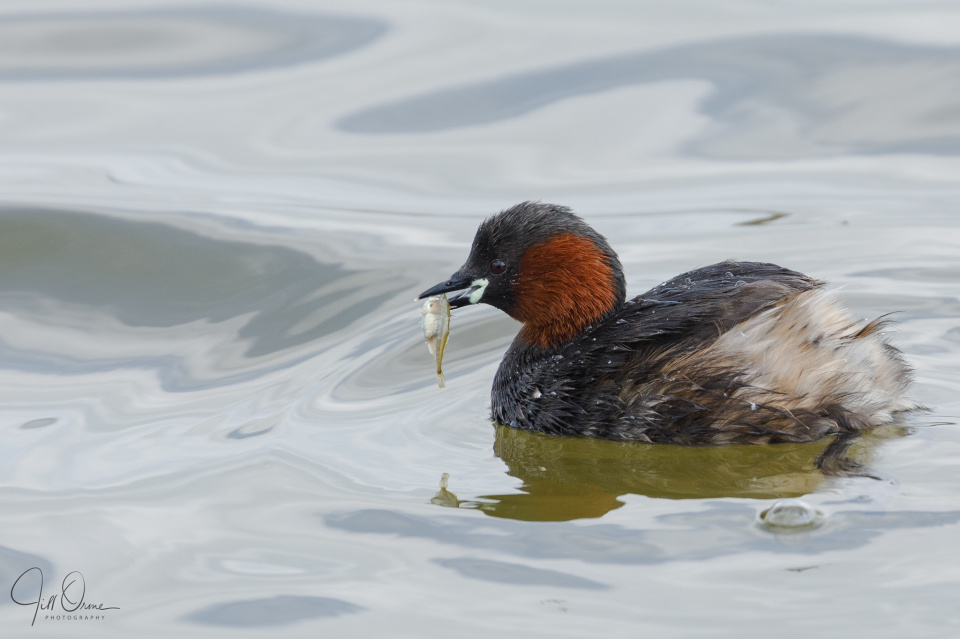 Tired after a couple of days of rushing about, I decided to stay reasonably close to home today, and took a drive up to Kemerton Lake to see if the little grebe chicks had hatched. There was no sign of any yet, and given the furious noise coming from various nest sites when anything else approached too closely, I think that the eggs must still be under incubation – so I’ll have to keep popping back at regular intervals, to try to catch the chicks when they emerge onto the lake.

I have a sequence of photos of this grebe dealing with its prey, but decided to spare you the action shots of the fish being beaten senseless on the surface of the water. Though even those were less brutal than the scene I witnessed in the reeds just below the window of the hide, when one bird came up with a fish that was too big to be eaten whole; having stunned it, the grebe nipped chunks out of it until it reached a size at which the rest could be swallowed.

If predation really isn’t your thing, you might prefer this photo, of a Peacock butterfly basking in the sun, which I took yesterday at Whelford Pools.