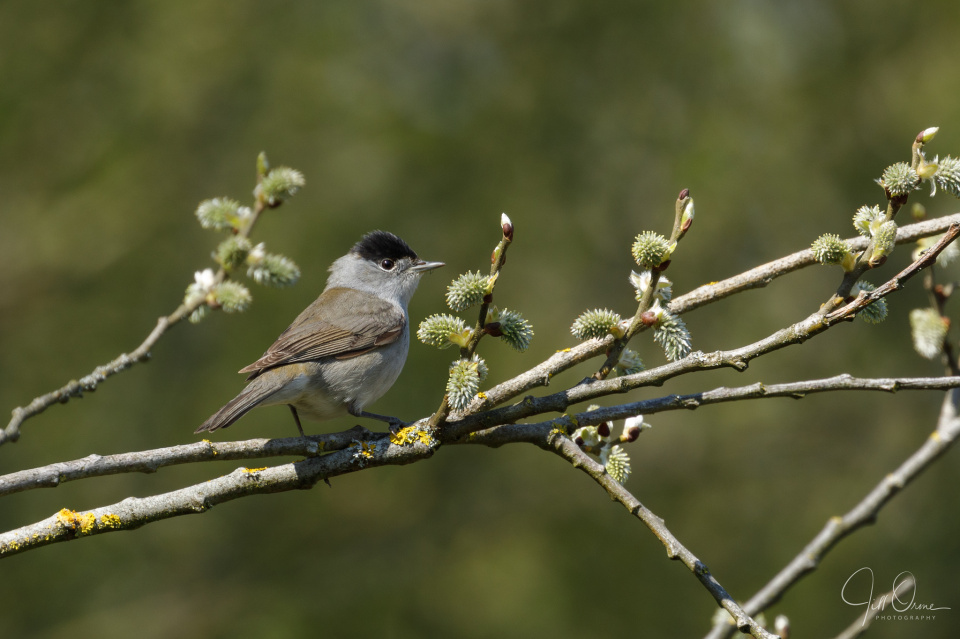 This morning L and I went over to Witney for the alteration fitting of The Dress. Luckily, though the shop has changed hands since we were last there and the new owners were left no paperwork to explain some of the almost-completed transactions they’ve inherited, they were able to find it, and with good will on both sides (and relief on theirs not to be expected to produce a whole load of other stuff such as veils and tiaras that they knew nothing about either), final arrangements were agreed for storage and collection. Even more luckily The Dress fits perfectly, and needs no alteration other than the addition of a button and loop to allow the train to be fastened up for dancing.

L and I then went for a tapas lunch and a good long gossip, before she set off back to Cardiff and I swung over to Lechlade to see what was going on at Whelford Pools. I had my doubts about this reserve the first time I went, back in the winter, but today I spent two happy hours there and I’ll certainly be visiting again soon.

I’d barely left the car park when a Peacock butterfly flew down and landed on the path – the first of about half a dozen I saw today. I also managed my first reasonable shot of the season of a male Orange Tip (which I’ve posted to Facebook if you’re interested), and recorded a couple of Small Whites. My bee count for the year went up by a red-tailed bumblebee and a yellow-legged mining bee. And bird-wise, I got my first unequivocal sighting of a blackcap – this is a male, because his cap is indeed black, whereas the female’s is a dull brown.

Away from the business of counting and listing, I had fun in the hides watching some cormorants, which have built themselves large and untidy nests in the trees to one side of the lake, and are already feeding quite large chicks. One of the great crested grebes on the main pool was snoozing on a raft nest tucked into some vegetation, suggesting that it was probably incubating some eggs. And a little gang of seven red-crested pochards – five males and two females – were keeping up a steady patrol of the lake, checking out what everyone else was doing and generally looking like the Neighbourhood Watch.

Lastly, there were several chiffchaffs collecting nesting material in the scrubby woodland around the pools, which carried on working around me as I sat on a bench watching them – though they were concerned enough about me being there to change from their onomatopoeic call to a Wheet, wheet! noise I’d never heard before. I’ve added a photo of one of them here. 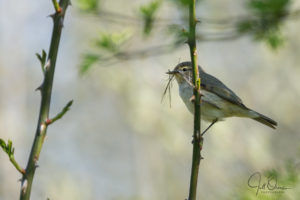 Baby B continued to charm during the morning, remembering the wriggle game he devised yesterday,...

… another Large Red Damselfly. This one, though, is a newly-emerged female, and  – yay!...

Although he didn’t emerge from it, this mature Large Red Damselfly has decided to claim...