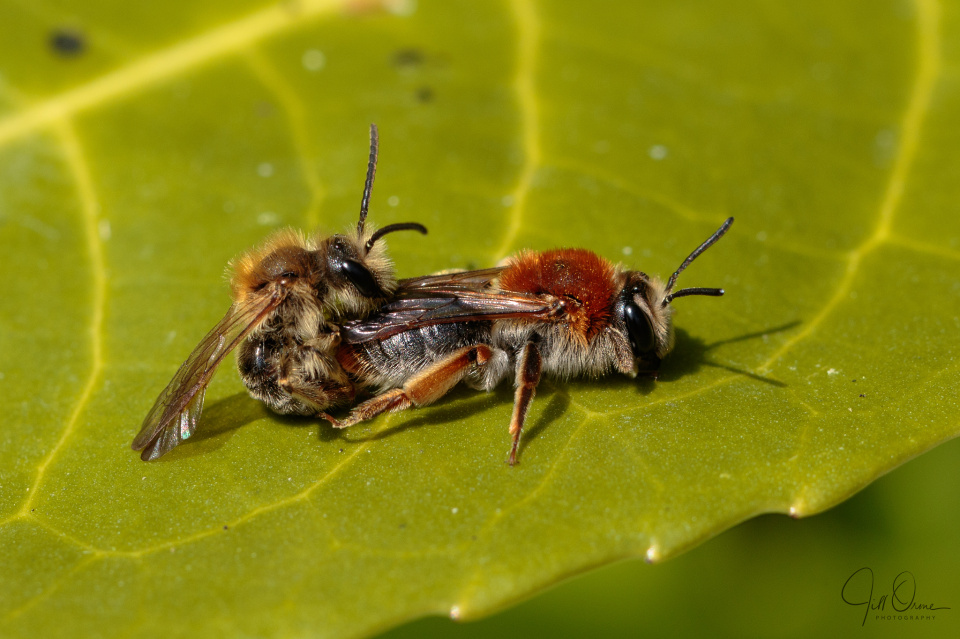 In all the hours I’ve spent stalking various species of solitary bee I only remember seeing one other incidence of copulation, and that was a pair of Melecta albifrons, nearly three years ago. Today I was checking the usual bee hang-outs, which include this sunny laurel hedge, when I spotted a female Andrena haemorrhoa; I barely had time to think She looks very fresh, when a male confirmed my suspicion by swooping in and pouncing on her.

The female accepted his advances, and the pair stayed coupled for over a minute, during much of which he was visibly vibrating. The female then began to try to get rid of him, though he seemed determined to remain mounted. First she bent her abdomen right underneath herself – to no avail. Then she threw both of them off this leaf, so that they bounced onto another one lower down the shrub – but still he clung on. Finally she used her rear legs and simply shoved him off, flying away before he had a chance to attack her again.

By the way, the female here is about 1cm long; the male is slightly shorter and much less bulky.

In other news, when R and I were at Croome this morning, I saw my first swallow of the year.