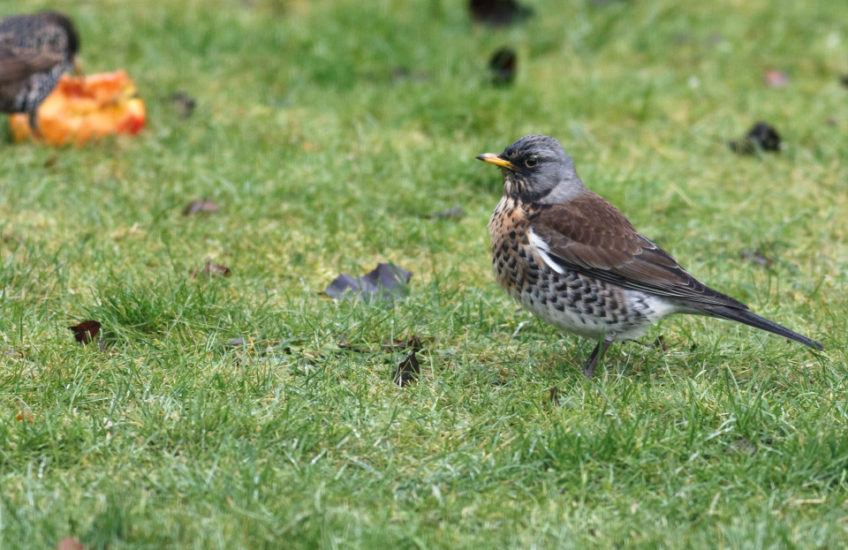 After what by my standards was a pretty hectic week, I spent most of today trying to catch up with myself. Among other things, I finished processing my shots from the Blipmeet in London on Thursday, and I’ve put some of the photos in an album on Facebook, if you’d like to see them.

I wasn’t sure what I’d manage to find to photograph today, because it was another miserable, wet day; I was pondering setting up a still-life, but then went to make myself a cup of tea, and spotted a Fieldfare among the birds that were competing for some discarded apples in the back garden. I’m very fond of these northern European thrushes, which appear in England in the late autumn (often flocking together with smaller Redwings), and stay until the spring before returning home to breed. In a good year we get a lot of them in the garden, and they can be quite assertive over food; but this year we’ve only had a few, and this lone one was relatively timid. I shot through the window in the back door, but managed to get the lens close enough to the glass to get some quite nice photos. If you look full-screen you should be able to see how wet the poor thing was getting in the persistent mizzle.

There’s some information about Fieldfares here, and a few more photos here.