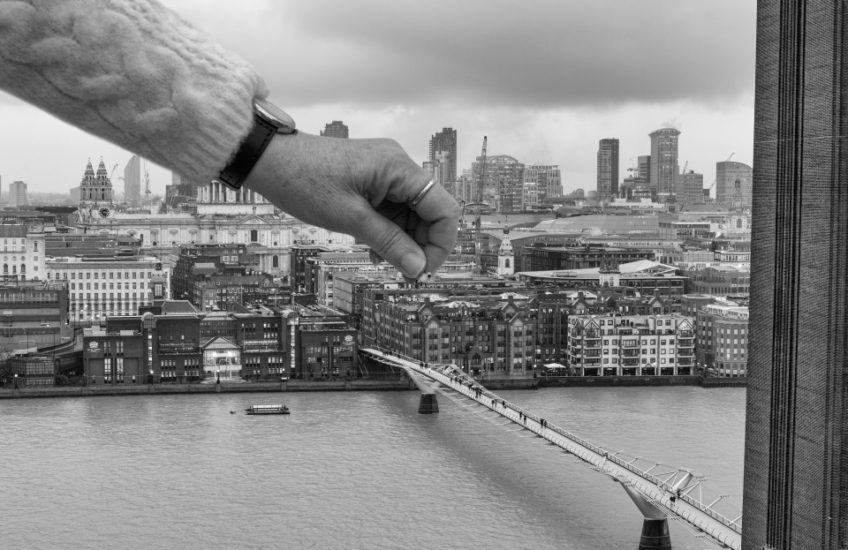 I’m very fond of the Millennium Bridge in London – not least because it’s almost impossible to take a bad photo of it (although you can make a reasonable attempt if you’re prepared to walk over it in a sleet storm). But it does seem to me that a structure as iconic as this one should also make reference to the history of the city it graces, and I refer you to this interesting article in Wikipedia about the Freedom of the City of London:

“In England, the most extensive borough freedom is that conferred by the Freedom of the City of London, first recorded in 1237. This is closely tied to the role and status of the livery companies….

“New freemen are enrolled in a ceremony in Guildhall, when they receive a guide to conducting their lives in an honourable fashion and an impressive sealed certificate. Freemen’s children get admission preference at the City of London Freemen’s School. There are a number of rights traditionally but apocryphally associated with freemen—the right to drive sheep and cattle over London Bridge; to a silken rope, if hanged; to carry a naked sword in public; or that if the City of London Police finds a freeman drunk and incapable, they will bundle him or her into a taxi and send them home rather than throw them into a cell. While sheep have occasionally been driven over London Bridge on special occasions, the rest of these “privileges” are now effectively symbolic.

“The right to herd sheep and cattle across London’s four bridges technically no longer applies, as there are no livestock markets in the city. Nevertheless, this right has been exercised, or the city has granted permission, periodically in modern times:
On 19 August 1999, Jef Smith, a freeman of London walked two sheep over Tower Bridge to bring attention to the rights of older citizens.
On 17 June 2006, a flock of about thirty sheep was driven across the Millennium Bridge to mark the start of London Architecture Week.
On 31 August 2008, Amanda Cottrell, former High Sheriff of Kent, marched six rams across London Bridge to promote fundraising for the restoration of Canterbury Cathedral and “a scheme backing local food production”.
On 17 September 2008, the Lord Mayor of London, David Lewis, and some 500 freemen drove a flock of Romney ewes in relay across London Bridge to raise funds for the Lord Mayor’s charities (Orbis and Wellbeing of Women).
On 8 April 2013, Stephen Fry tweeted that he and a fellow Freeman identified as Doris walked Grace, a year old lamb, across London Bridge. This was filmed and shown on his documentary series [i]Stephen Fry’s Key to the City[/i].[url=https://en.wikipedia.org/wiki/Freedom_of_the_City#cite_note-14][/url]

“Prior to 1996, the Freedom was only open to British or Commonwealth Citizens over 21 years of age and of good character. There is a long-standing tradition of admitting women, who used to be called ‘free sisters’ but who are now also called Freemen.”

I rather fancy being a Freeman of the City of London – I’m especially charmed by the silk rope, and being sent home in a taxi if I were found lying drunk in a gutter, but as you can see I’ve also got my sheep ready to go.