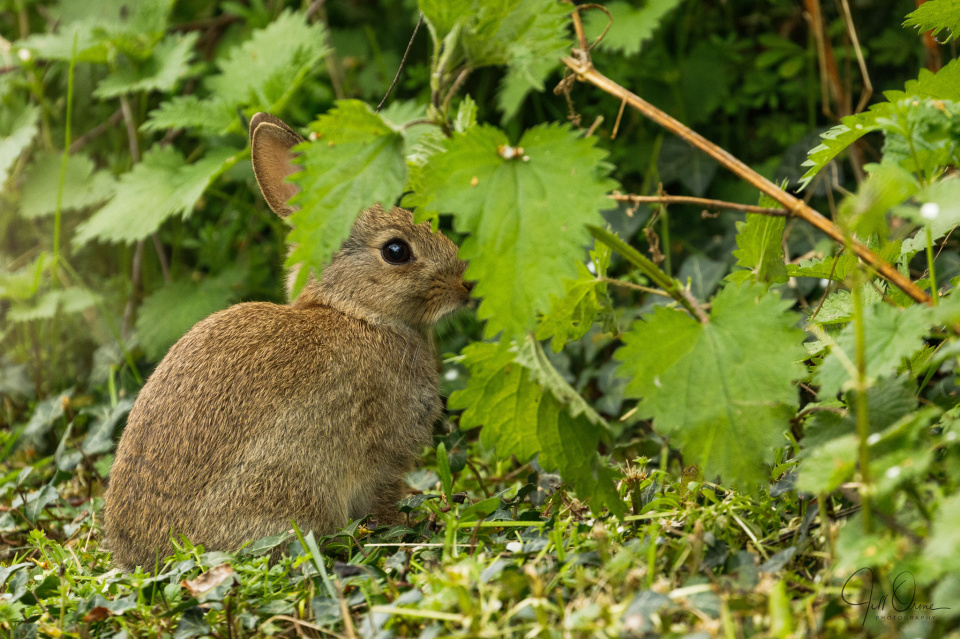 I think I’m pretty well hidden here. If I keep still, it probably won’t notice me.

Ummmm…. honey, I’m sorry, but I have bad news: you need to work on your camouflage strategy. And as for keeping still – you’re sitting right by the path.

I went over to the headquarters of the Worcestershire Wildlife Trust at Hindlip today, to drop in a disk of photos. I’d never been there before because we live on the other side of the county – although I was surprised to realise that it’s not far from Trench Wood, where I expect to be spending quite a bit of time during the summer – so after my errand I went for a walk to familiarise myself with the site and find out if it would be worth a return trip in kinder weather.

As I’d approached in the car, the narrow, winding lane had presented the unusual hazard of several large, fit-looking rabbits, wandering around unconcernedly as if they owned the place, but by the time I crossed the road on foot, following a short wildlife trail, they had all disappeared. Instead, as I climbed the bank I came face to face with this youngster. We both froze. I was hoping that the rabbit would move out of the nettles so that I could get a clearer shot, and it (I assume) was hoping that I would go somewhere else – leading to a temporary impasse, during which I had time to change my camera settings several times and take quite a few photos. The situation was resolved by me deciding that I couldn’t hang around any longer; I walked on, and as I got to a couple of metres away from it the rabbit tiptoed away into the undergrowth.

This evening R and I went to Leamington Spa to see Kate Rusby and her excellent band – it was a terrific gig, and if you’re into folk music I’d really recommend that you try to catch the tour.