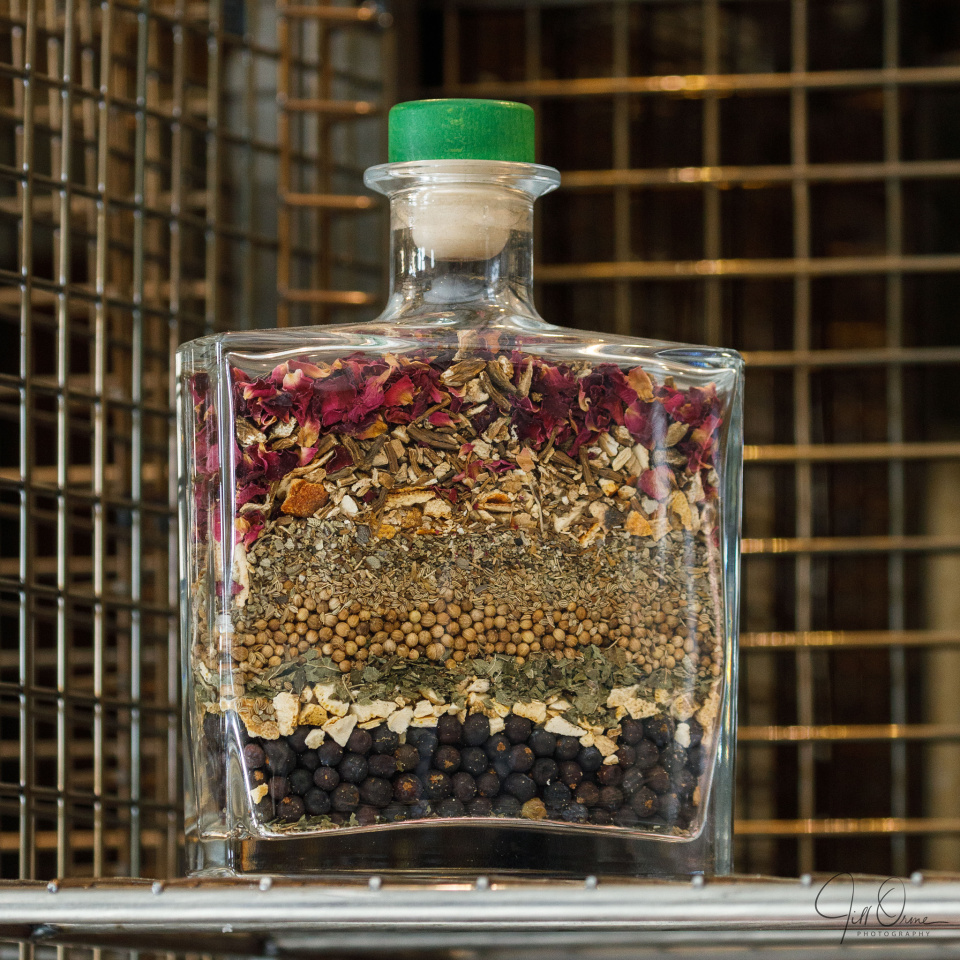 R and I found ourselves in need of gin this afternoon – well, Brexit will do that to you – and decided to go off-piste. There’s a very small, artisan distillery in Stratford, that I first tripped over at a food festival a couple of years ago, and they’ve recently moved into new premises with a shop, so we we took a trip to the outskirts of the town to check them out.

Whoever has styled the customer areas of the Shakespeare Distillery has done a very good job – it’s all enticing, and rather hip, with nice artwork and a carefully arranged display of products on mesh shelving along one wall. You can try before you buy; the distiller who served us was very helpful (and calm, despite the fact that he had a fully-booked Gin School about to start), and served us tasters of each of the three gins they currently produce – first neat, and then mixed – while explaining how they make them. The neat stuff is very strong, and I’ve never been a gin drinker, so I took only the tiniest of sips, but I have to say that both the Stratford and Rhubarb Gins were delicious. The Mulberry was less to my taste, but that may be because I was expecting it to be sweet, and it’s actually very dry; but it is rather cool that they use mulberries from the trees in the garden of New Place, which was Shakespeare’s last home in Stratford.

I asked if I could take a photo, and as you’d expect with an ambitious start-up organisation, the distiller was happy to say yes – “As many as you like! Post them! Tell everyone!” – but I was conscious that he had other things to be doing, so I just snapped this bottle on the display racks, which had caught my eye as soon as we went in. It represents the herbs and spices that go into their gin: the usual ingredients are juniper, coriander and lemon peel, but they also use rose, lemon balm, rosemary and lovage, which the distiller told us would all have been found in a Tudor knot garden. All of this forms an interesting USP, but it’s not just a gimmick; their product has won awards in its first two years of production, and even though if asked I’d usually say that I don’t like gin, I’m rather looking forward to raising a glass of theirs in the garden on a sunny evening.