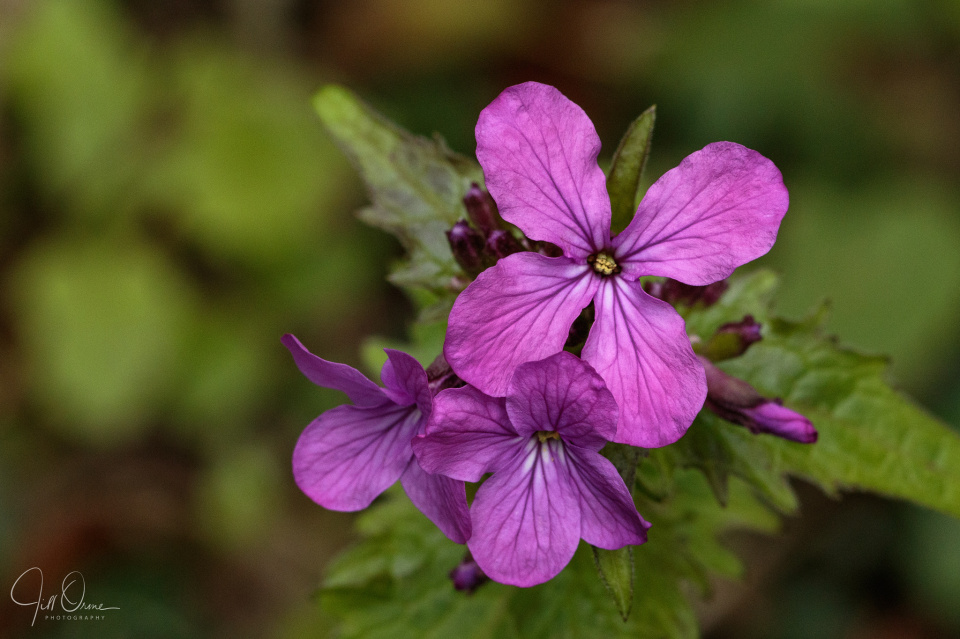 Honesty is a biennial plant, and we’ve always had ‘on’ and ‘off’ years with it here; but in what I’d expected to be an honesty-free spring, some is appearing in the garden. I especially value it because it seems to thrive in an area that’s heavily shaded by next door’s Leylandii, and has very poor and dry soil. On what was a pretty dull and gloomy day, those cheerful purple flowers were a welcome sight.

Today’s extra shows a pair of hairy-footed flower bees stalking a female around the rosemary. R and I watched them for a couple of minutes, amused by their persistence, and by her response: she gave absolutely no sign of having seen them, but would periodically move away at such high speed that she almost seemed to dematerialise, reappearing on another stem as if by magic, and leaving them temporarily bemused as to where she’d gone, until they tracked her down again. 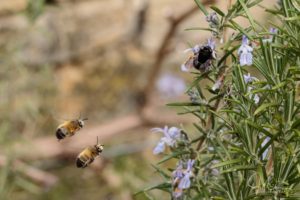 Usually when this scene is playing out I’d expect one of the suitors to pounce – generally only to be fiercely rebuffed – but this pair just stalked their inamorata and didn’t try to mate with her. The other thing I noticed at the time was that she was feeding, rather than foraging to provision a nest; and on enlarging my photos I’ve also spotted that her wings are undamaged – so I’m wondering if she’s freshly-emerged, and there’s something about her smell that tells the males she’s not yet receptive. This is just an idle theory to try to explain these observations – although I have two good books about bees, they don’t go into enough detail on the sexual politics of A. plumipes for me to be sure.

What I have read is that a female plumpie will only mate once, and thereafter will put all of her energy into preparing and stocking her nest (or nests: according to one of my books, if she has any energy left after preparing and provisioning one set of egg cells and filling them with eggs, she might go on to create a second one). Given this, and the fact that there are always more males than females, sex is literally a matter of immortality or extinction for a male plumpie; they’re competitive to the point of aggression when they see a chance to mate, and a study has shown that nesting females spend an inordinate amount of time and energy having to evade or fight off suitors. All of which makes the reticence of this pair of males especially striking.