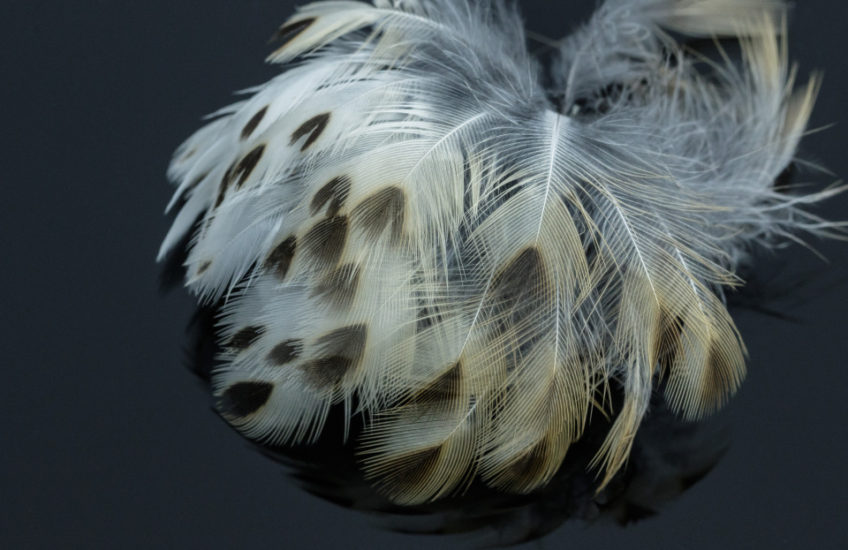 I found this clump of feathers in the garden this morning; I haven’t tried to separate and count them, but there must be over a dozen including a number of small downy ones, and they seem to be evidence of an act of violence. There’s no blood on them, and nor were there any other remains in the vicinity that I could see, but it’s hard to see how they could have been separated from their previous owner by peaceful means.

The colouring and spots suggest that they probably belonged to a song thrush – which increases my sense that murder may well have been done, because it’s been my sad experience that thrushes are almost unbelievably stupid, and will simply sit and watch a predator, or even a motor vehicle, bearing down on them, and make no attempt at all to get out of the way. This must at least partially explain (alongside the other usual reasons such as loss of preferred habitat) their presence on the red list as a bird of serious conservation concern.

So the feathers make me quite sad, and I wish I hadn’t found them – but they are rather lovely, which is why they’re my blip today.