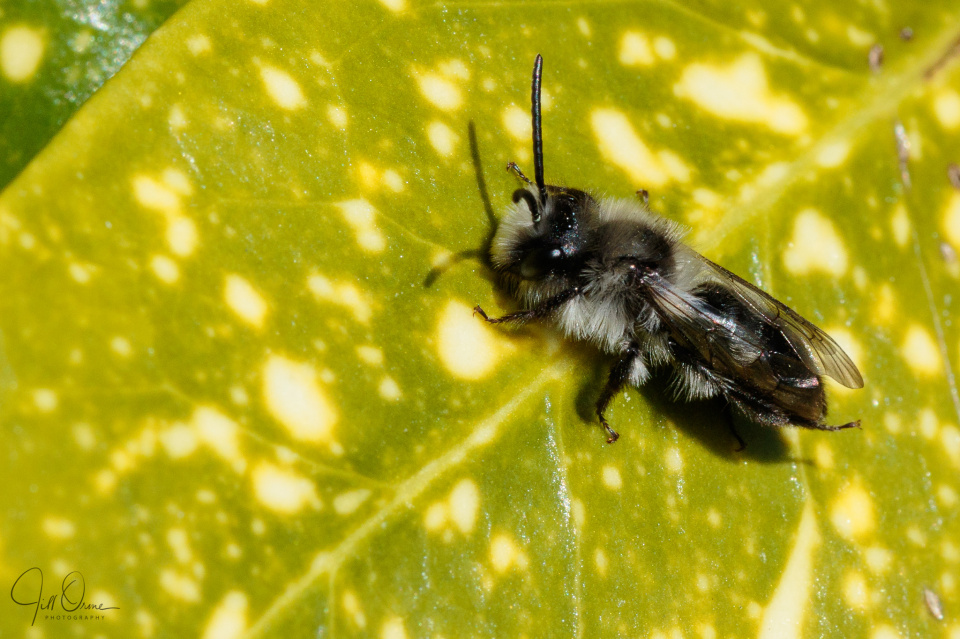 Bee of the day: Andrena cineraria, the ashy mining bee.

I heard someone asking an “expert” on a television programme yesterday if it was time for women whose hairdressers have closed for the duration of the CV crisis to stop colouring their hair. Having gone grey myself about fifteen years ago (“Oh no,” an acquaintance said to me once, “I couldn’t possibly do that – its so ageing. Oh! Umm! I didn’t mean you! It suits you! I just meant that I erm… would you like a coffee? Or something?”) I found this a bizarre question. Personally I’m more concerned that if the lockdown goes on too long I may need to be cornered and shorn of sixty pounds of fleece.

The expert’s answer, by the way, was that home hair dye kits contain exactly the same stuff as salon products (which I suspect many hairdressers would dispute), and are extremely easy to use (which anyone whose teenage daughter redecorates the bathroom with every change of hair colour would definitely dispute), and he therefore recommended that we laydees should acquire some home kits and rejuvenate our own locks. I will not be participating, I’m afraid (I never was a joiner), but I can hardly wait to see the results of this national home colouring spree when we’re all let out of quarantine.

Anyway, this chic little chap has joined me in embracing the grey, and I think it suits him too. I’ve been waiting for ashy mining bees to appear in the garden ever since I began seeing dark-edged bee flies a few days ago, because Bombylius major is a cleptoparasite of Andrena cineraria, flicking its eggs into a mining bee’s nest when it finds one unguarded, and the fact that bee flies were appearing made me confident that at least some ashy mining bee nests had come through the winter. This wasn’t a given, because the ashy females dig their nests in banks, verges, and even lawns, often in quite large aggregations, and the winter we’ve just endured was so very wet that some of the places around here where I know there are nests have been saturated for several months past. Even now some parts of our wild garden are waterlogged, and I do fear that some nests may have drowned.

So it was a pleasure to see three or four male A. cineraria bouncing around the aucuba and bickering with each other this morning. Considering that they’re only about 1cm long, and stingless, they’re remarkably feisty, and will scrap with pretty much any insect that enters what they feel is their territory, even if it’s appreciably bigger than they are. This is quite amusing to watch, though not always helpful: there were several times today when I lost my photographic subject because it was buzzed off its perch by one of the ashies. They may settle down a little when the females emerge, though in my experience they’re always pugnacious – like dachshunds and Jack Russell terriers, they just don’t seem to appreciate how small they are.