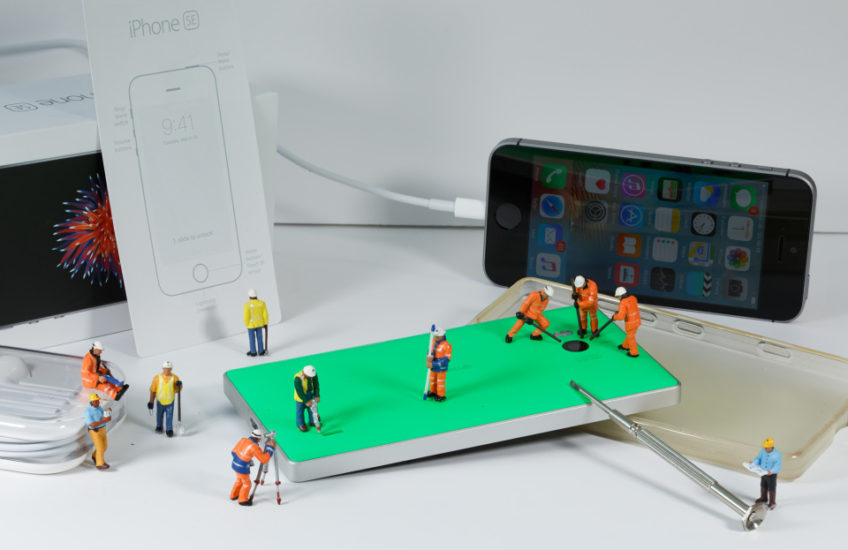 The Bachmen were unsurprised to discover that The Slattern had discarded a perfectly serviceable Windows phone because it no longer sang and danced the way she expected it to: in their opinion she was the walking personification of the Throwaway Society. Likewise, they did no more than raise a collective eyebrow at the tantrum she performed on being unable to persuade the Windows device to relinquish the data it was storing to her new iPhone. However, after watching her drumming her heels on the carpet and biting the furniture for a while, they felt it better to take charge of the situation themselves, in the hope of restoring the household to what passed for normality.

The staff of the Vodafone store in Stratford-upon-Avon, for having the phone I wanted in stock and helping me to set it up (I consider it to be *^%$€# Microsoft’s fault that the Windows phone won’t release its data, not theirs);

The American gentleman who came into the store while I was there to buy a new phone for his aunt, and with whom I had a most entertaining conversation – which is to say, we entertained each other: it’s quite possible that everyone else was praying that we’d go away;

My glamorous Studio Assistant for helping me to set up lights so that I could photograph this scene during the near-blackout brought on by an autumn storm, and then (having changed into his rather less spangly iPhone Advisor costume) teaching me how to use iTunes to sync Outlook with my new phone (Take that, Windows phone! You can keep your Contacts and Calendar!);