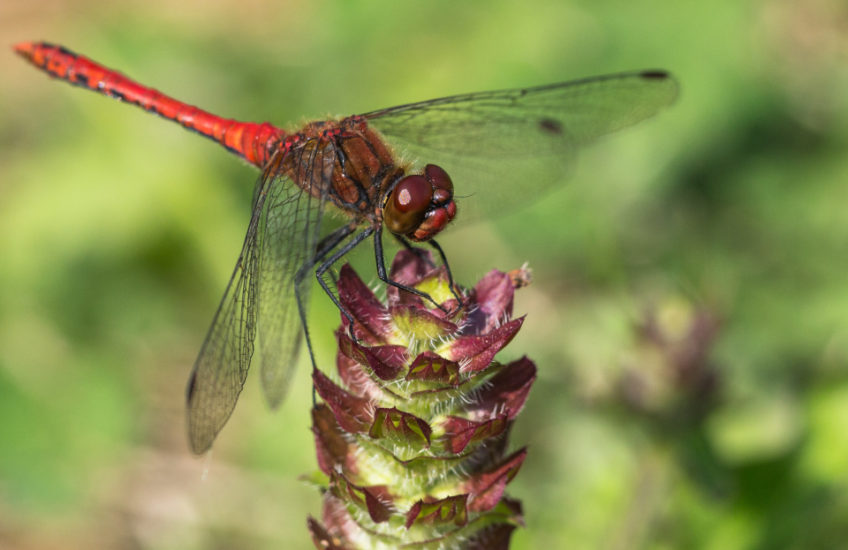 The weather forecast for the next few days is pretty bad, so when the sun began to appear this afternoon I thought I should nip down to Croome for some dragon hunting. I had a thoroughly relaxed and happy time (despite the fact that other people kept coming to find out what I was photographing), coming home with 283 shots which have taken me the whole evening to cull and process.

This time last year I wasn’t able to photograph dragons in flight, but today I managed several reasonable captures – evidence of an improvement in my skill which makes me pretty happy. I almost blipped one of them, but this is a better photo – and also makes me happy, because I used the macro rather than the long lens to take it. When I spotted this Ruddy Darter I slowly lowered myself down onto the bank a little way away from him, banked a couple of long lens shots, and then very gradually edged closer with the macro; by the time I took this the front edge of the lens hood was only about a hand span away from him.

There were several other photos I wanted to add as extras, but I’ve limited myself to one, which I’m calling “You lookin’ at me?”. That is a Common Darter, and I had been photographing him for the best part of half an hour as he patrolled a small section of lake shore, throwing everyone else off it and occasionally snatching a quick snack from the surface of the water. However, dragonflies have extremely good vision – not surprisingly given the size of those compound eyes – and they seem to take exception to having cameras pointed at them: they’ll hover right in front of you until you lift the camera, and then they take rapid evasive action, which doesn’t make flight shots any easier. 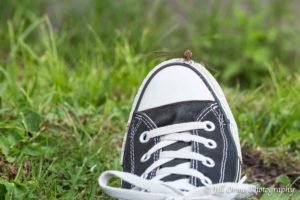 So I was astonished when he suddenly turned, flew straight at me, and landed on my sneaker. My 70-300 lens won’t focus at that distance, so I slowly put it down and picked up the other camera, which was wearing the macro – during which procedure he twice lifted, circled and came back down. He then let me take just one shot, before departing to take up his patrol again. Common and Ruddy Darters are roughly the same size, so the extra gives you a sense of scale for the main image.

When I’ve slept off all the editing I’ve just done, I’ll put some of my other photos into a Facebook album.