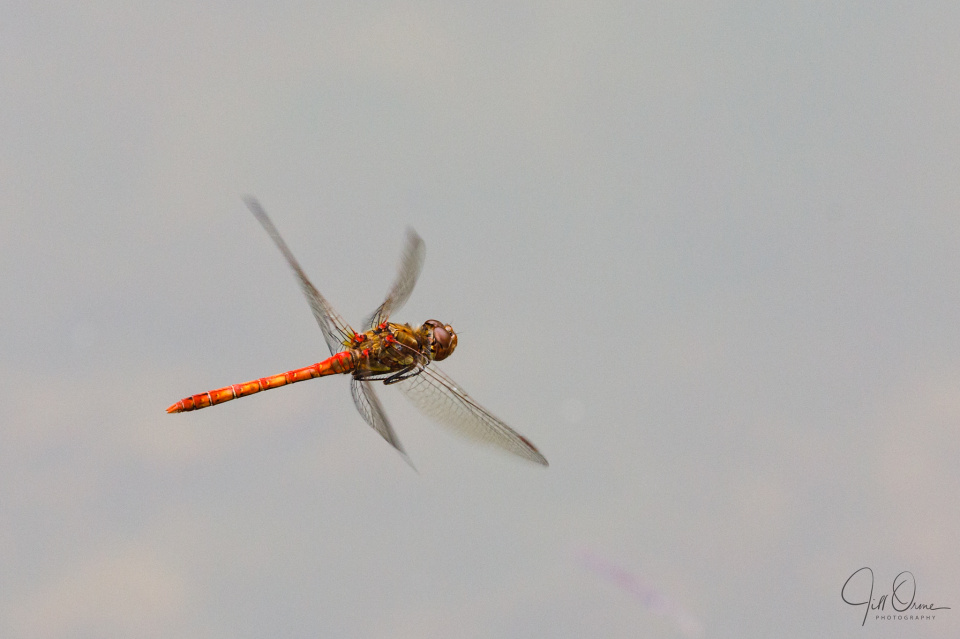 This morning I set up the 5DIV, which was a pretty intuitive experience after working with the 5DIII for so long – but the return of a touch screen, a luxury I’ve not had since selling my 70D a couple of years ago, made the whole process very much quicker and easier. I then convinced myself, despite having a lot of things to do at home, that I should “pop” over to Trench Wood (a forty mile round trip), to test it out.

The pond had lots of dragon activity going on; there were the usual Southern Hawkers (behaving quite badly today), as well as a new emergence of Migrant Hawkers, which were zooming around like creatures demented, and a large number of Common Darters – many of them ovipositing in tandem, but others, like this lone male, patrolling in the hope of finding an unattached female. Because the Southern Hawkers were so combative and the Migrants so fast and reactive, all of my shots of them fell short of being keepers; but I did manage a good number of decent photos of the Common Darters, which was nice.

I spent an hour playing with the new toy, and though I certainly wouldn’t claim to have fully mastered it, I enjoyed using it and was very confident in its focusing system, which is fast and accurate, and a noticeable step up from the 5DIII. So that’s a relief! I did try it out on other things than dragons, and was especially pleased with the way it latched onto a butterfly through a mass of intervening foliage – I’ve put that photo on Facebook, if you’d like to see it.