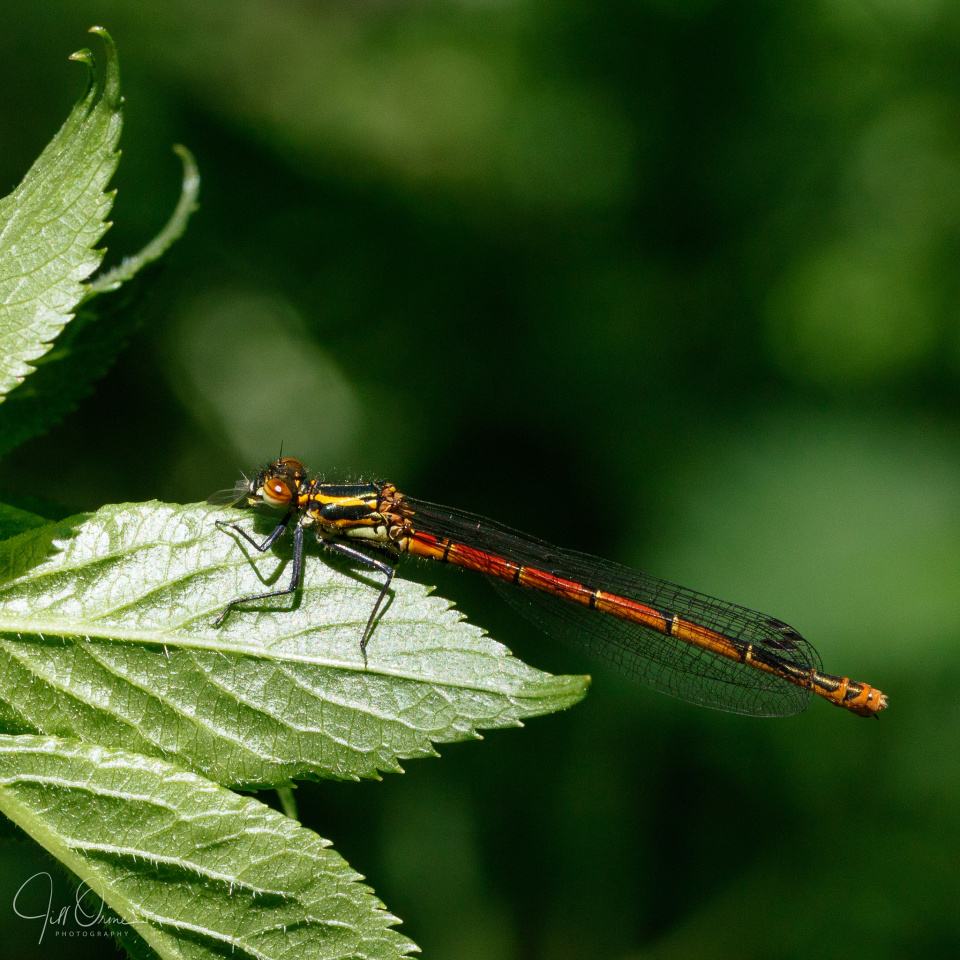 Today we had at least six Large Red Damselflies in the garden at the same time, which I’ve never seen before, and for which I’m giving much of the credit to our wildlife pond. I counted an ovipositing pair, plus a loose mature male who kept trying to muscle in on their romance; two males which both emerged yesterday; and this semi-mature female on vegetation at the very bottom of the garden, on the bank of the brook. I didn’t see her catch the fly she was eating here; she simply changed perch – quite slowly and lazily – and when she settled again, she was chewing.

Sadly, one of yesterday’s emergers is deformed, probably because he selected his support badly, and was hit by something while his wings and cuticle were still soft. His abdomen is bent, and his wings are crinkled and appear to be stuck together, and though emotionally I keep hoping that the situation will sort itself out, the objective part of my brain is certain that it won’t. This is a pretty common problem in Odonata, but it’s the first time I’ve witnessed it at our pond, and I found it quite upsetting today to see the little chap still clinging to the marsh marigold stalk on which he emerged, twenty four hours later, with no hope of ever flying and reproducing – or indeed, feeding. I’ve resisted the temptation to intervene because there’s nothing I can usefully do to help him.

R and I enjoyed another fly-past by the Red Arrows at lunch time. They performed the same routine as yesterday, and with their placement and timing being as precise as you’d expect, most of my photos ended up being pretty similar. I did catch the beginning of a loop manoeuvre early in the show though, which I missed yesterday, and even though they were a long way away I thought the photos were interesting enough to be worth posting. They’re on my Facebook page, if you’d care to take a look.