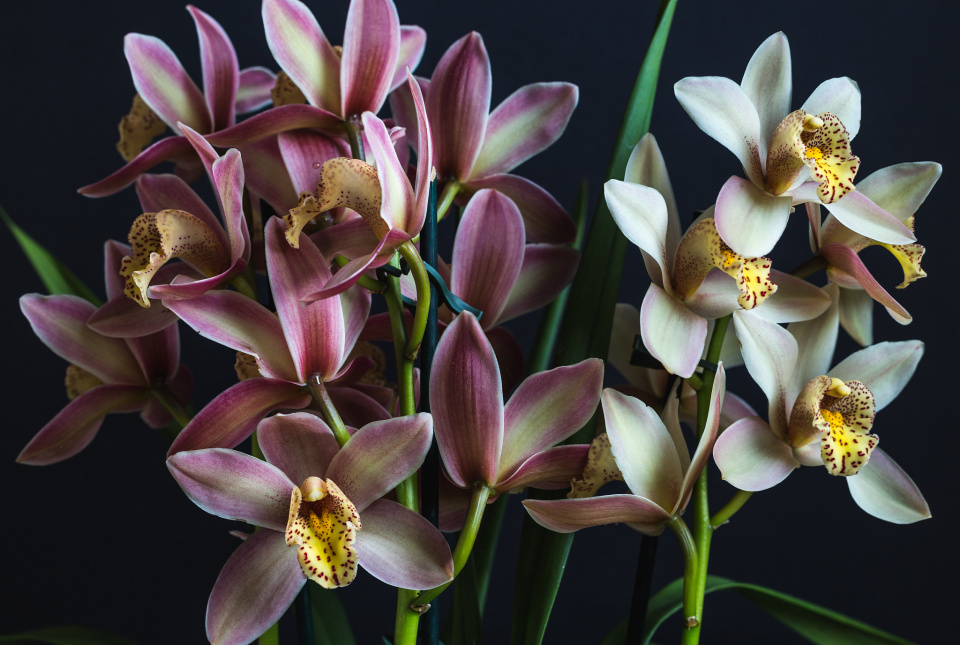 I swung by Stratford Garden Centre the other day to see if they had any poinsettias (which they did), but when I saw these Cymbidium orchids I couldn’t resist buying them too. I have quite an emotional response to them, because they were among the flowers I chose for my wedding bouquet; and though that was over a quarter of a century ago I’m reminded of it on a daily basis, because rather than lobbing the bouquet in the direction of the female guests I had it pressed and dried after the wedding, and some of the flowers mounted as a picture.

Most of my orchids thrive on being left alone on north-facing windowsills, but these ones are slightly fussier – so I was pleased to find this page on the RHS web site, which gives lots of advice on how to care for them. If I manage to keep the plant alive and flowering (or plants, because given the colour variation between the left and right sides there must surely be two specimens in this pot), I daresay that it will make another appearance or three on future Fridays!

I’ll be off out very shortly to the penultimate rehearsal for Campden Festival Chorus’ Mozart concert tomorrow evening – I’ve been humming along to my rehearsal CD of the Mass in C while writing this, and I need to go through my music now and check that everything is properly marked up. I’ll try to get round some journals later this evening, and some more tomorrow.

I hope you all have a restful weekend.