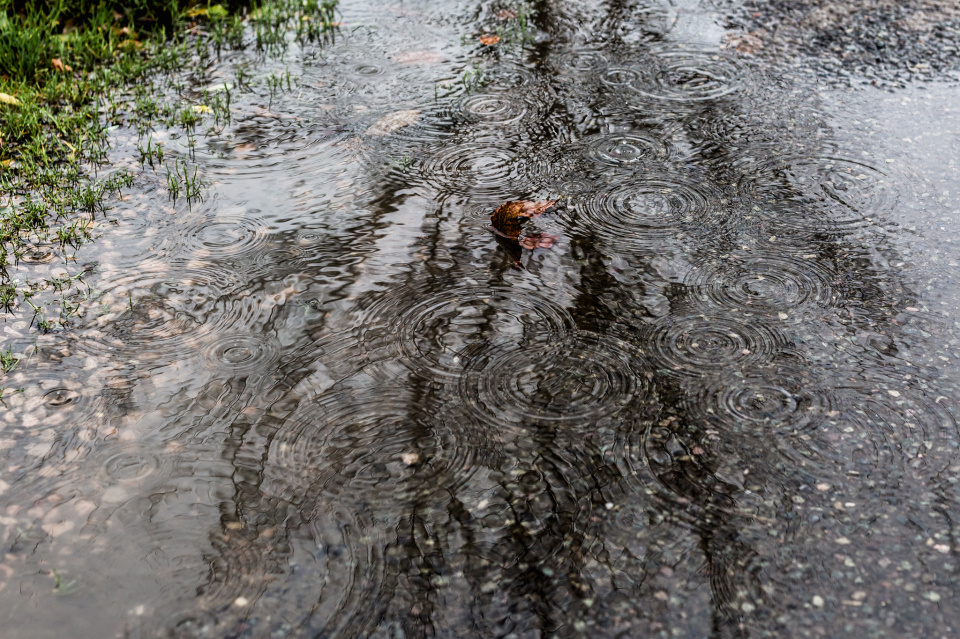 I’m fortunate not to suffer from SAD in any kind of clinical sense, but I think we’re all probably inclined to get at least a little low in the dark months of the year – and it has been dark and dreary here for weeks now. Even yesterday’s pink and gold dawn lived up to the “red sky in the morning” adage, and by late morning there was a huge storm raging – so I hope the local shepherds took note. Today the worst of the gale seems to have blown through, but it rained on and on for most of the day.

On the plus side, I discovered a new way of taking droplet photos: wait until it’s absolutely heaving down, and then go outside and point your camera at a puddle. If you look closely, you should spot a bouncing droplet in the upper right quadrant.

When R saw me heading outside in a heavy jacket and a hat, clutching the camera, he suggested that I might like to pay homage to one of the Escher etchings we saw at Dulwich the other week. I thought he meant this one, and though obviously the droplet ripples in a puddle break and distort any reflections, I found that I rather like that effect. If you narrow your eyes at this image you should be able to make out the reflection of a winter tree through the ripples.

When I showed him my shots later it turned out that R hadn’t meant Escher’s puddle at all, but this etching. Presumably he found my puddles sadly lacking in huge fish….

There are a few more splashy shots, and one actual reflection, on Flickr, starting here. After all yesterday’s faffery, these were just edited in Lightroom, but using a custom point curve to get the depth of contrast I wanted, without a lot of shadow clipping.