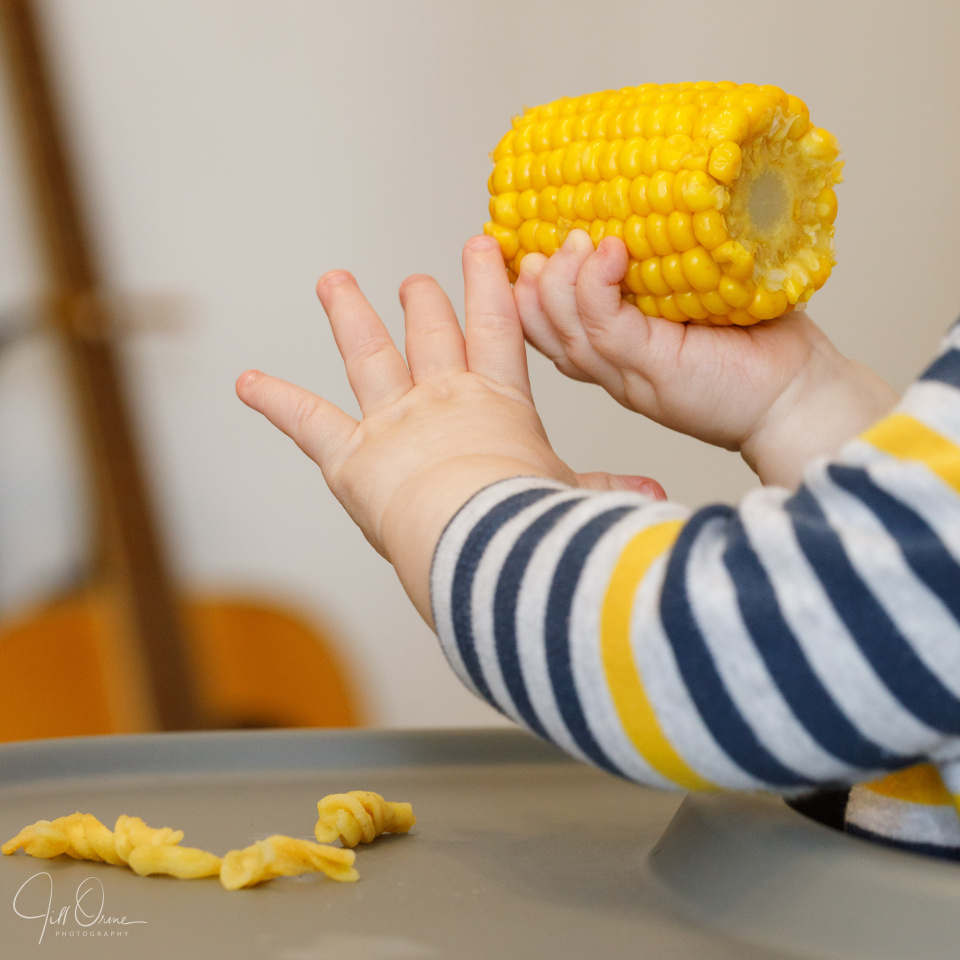 This may look more like performance art than lunch, but he ate a lot of corn, and absolutely loved it. Most food that he’s offered at the moment seems to end up on the floor in very short order, but this corn cob only went flying once, by accident, and when Granddad R took it to the kitchen to rinse it clean, Baby B dissolved into heartbroken sobbing until it was returned to him. In fact, the meal went on for so long that in the end he had to be bribed with vitamin drops – which are evidently even more delicious – to persuade him to relinquish the corn so that I could put him to bed for his afternoon nap.

The rest of the day went equally well. This week’s new skills are pointing, nodding (though this is still more of a full body commitment than a simple head movement), and swiping the touch screen on the back of my camera to see the pictures. I was fairly sure that B had never made the connection between himself and photos I’d taken of him, so this morning I took one of L and showed it to him while she was still sitting opposite us, and it was priceless to see him look at the screen and then immediately across the room at her. I have a feeling that it won’t be long before he’ll be wanting to take photos of his own.