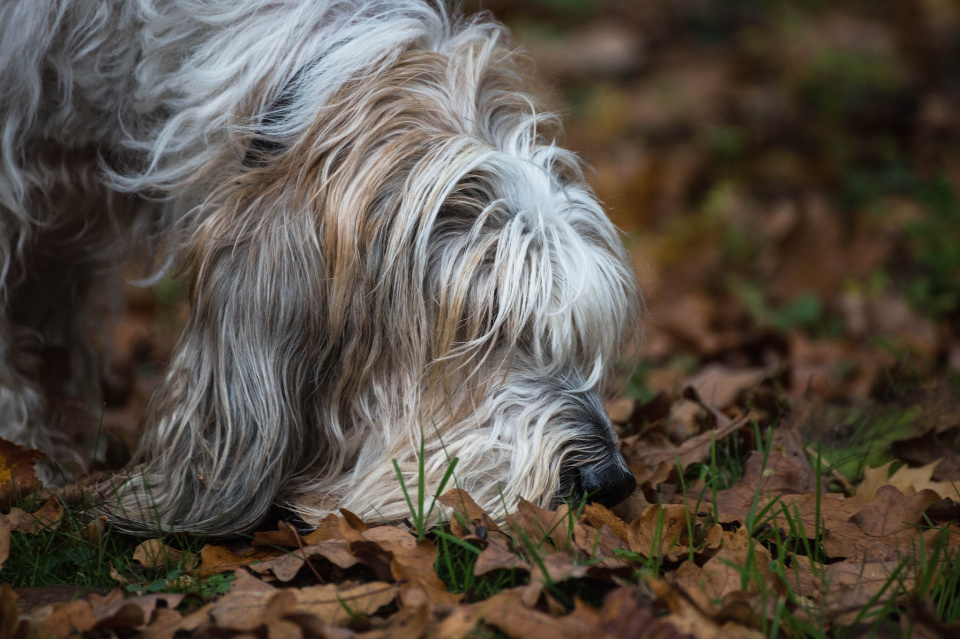 R and I have both been sad and worried today. Roley the Jack Russell terrier has had a cough since late last week; I took him to the vet on Monday, but despite a very thorough examination she couldn’t find anything wrong with him (and given his age we weren’t keen to rush him under anaesthesia), so she prescribed an anti-inflammatory drug in case he had irritated the lining of the throat somehow, and told me to let her know if there was any change.

Yesterday he was much the same, but this morning he coughed up some blood. I called the surgery as soon as they opened, but given that he had eaten before the incident he wasn’t able to be anaesthetised today – so he’s going in for an endoscopic examination first thing tomorrow.

We’ve been trying to convince each other all day that he merely has some small foreign body in his throat, which the vet will find and remove, but I’d be lying if I tried to tell you that either of is confident of this. This afternoon he followed me out into the garden, and I thought I should get some photos of him, because… well, you know.

At which point Arthur (the hound who hates being photographed and generally disappears off at the first sight of a camera) decided that he was ready for his close-up, and proceeded to place himself in front of the lens for the next quarter of an hour. I managed one blurred shot of Roley by himself, and one in-focus one which only has half of Arthur photobombing from the side of the frame.