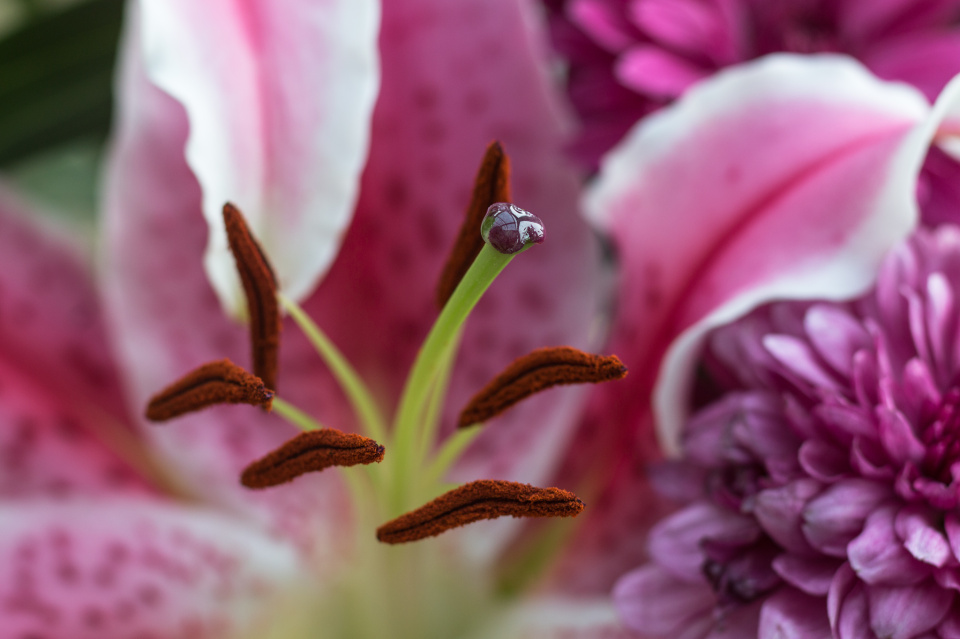 I’ve surprised myself by choosing this photo to post today: I’ve been rather smugly congratulating myself on creating two focus-stacked images of the same lily in Photoshop (the first time I’ve ever done focus stacking), and I assumed that one of those would be the blip. But when it came down to it I realised that despite the very shallow dof I actually prefer this single image, which just needed a little contrast and a very slight crop in Lightroom.

If you’re interested, I’ve put the two focus stacks on Flickr: this one was a four-image stack, and (getting cocky by this stage) this one was a ten-image stack. The second one acquired some rather odd artefacts towards the outer edges, which apparently I should have removed with masking – but that’s so far beyond my competence that I simply cropped them out. I like them both, and I’m very pleased to have learned to do this (though if you promise not to tell anyone I’ll let you in on a secret: the hardest part of the whole thing is getting a set of images that properly cover all the points you’re trying to get in focus – after getting them into PS all you have to do is tell it to blend them and go off for a cup of tea while it does all the hard work for you), but I just find this shot more interesting. I hope you agree!