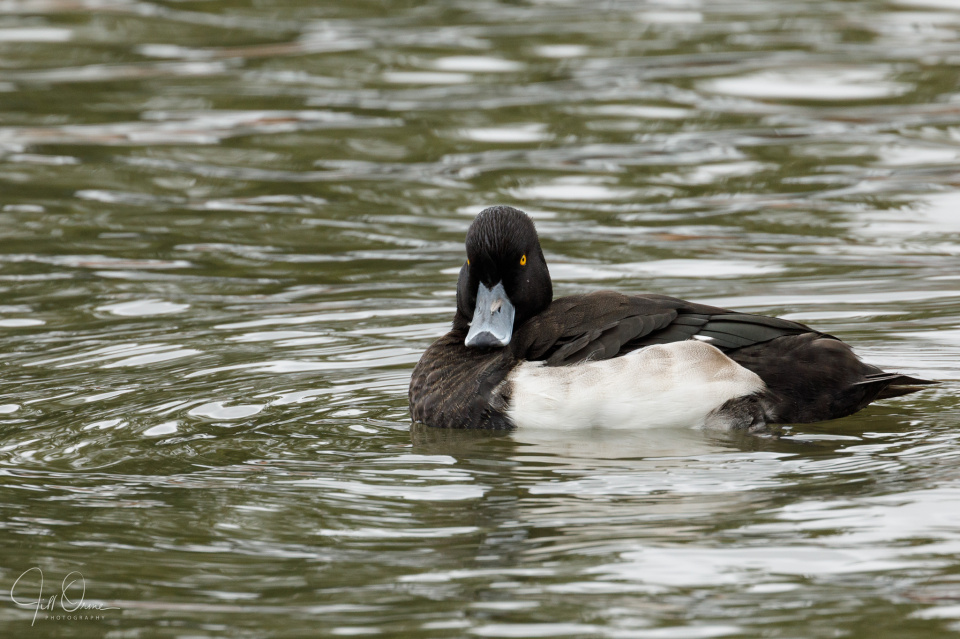 The car saga took an unexpected turn this morning, when the insurance company loss adjustor received the repair estimate for our car: having inspected the damage, burned some herbs, cast a few runes, and sacrificed a chicken, he sucked his teeth and pronounced it a write-off. We hadn’t been looking for the opportunity to buy a new car this year – or indeed, next year – so this verdict was not welcome, but it does reinforce our sense of having been lucky to walk away unscathed from the crash.

This new reality left R needing a trip to Stratford to pick up some car-buying guides, and both of us requiring cake, so off we went; and while R ran his errands I walked the river in search of photos. Signs of autumn were everywhere, but the two that struck me most forcibly were the absence of any Odonata other than Migrant Hawkers, and the reappearance of tufted ducks.

I last photographed tufties on the Avon back in February, since when I’ve only seen them on lakes at nature reserves, but today there were four – three males and one female – hanging out on the river close to the theatre. Whether they’re British-bred I can’t say; it’s possible, because around 20,000 pairs of tufted duck do breed in the UK and Ireland each year, but given my observation over several years that the Stratford population arrives in early autumn and leaves again in late winter, I think it’s quite likely that they’re some of the 100,000 migrants from northern Europe and Iceland who come here for their winter holidays. This is either a juvenile who hasn’t yet achieved his full adult plumage, or a mature male coming out of his annual moult; either way, over the next few weeks his “bumper” will turn white, and his head will acquire a lovely purple-green iridescence, along with the crest of long feathers that always reminds me of a 1970s mullet haircut.

I do love a tufted duck. I love their cartoony shape, and their baleful expression, the way they dive for molluscs, and the “in it but not of it” way they hang around on the edge of a flock of other waterfowl, watching them begging for bread but never joining in. They’re somehow inscrutable, and yet they’re funny – and their arrival is one of the compensations of the autumn.