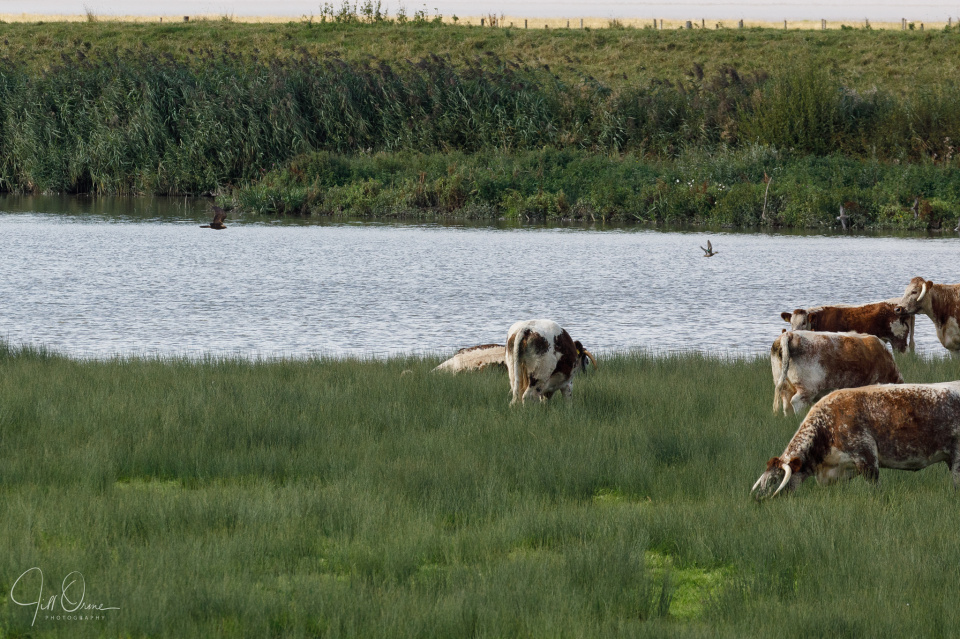 A group of us were standing in the Zeiss Hide at Slimbridge this afternoon, watching nothing very interesting going on, when suddenly all the ducks and waders went skywards.

“Marsh harrier!” said someone else.

They were both right. A pair of peregrine went through the waders, but though both stooped, neither made a catch; there’s a shot of one of them in the extras, being followed by a corvid (because corvids can’t help themselves), just before the pair reunited and disappeared over the top of the hide. At that point I turned my attention back to the water, where the marsh harrier was still pursuing a teal – but the duck also escaped, and the harrier came down in a tussock of grass and sat there for several minutes, before moving on to try her luck elsewhere. Because this was a pretty distant scene, you’ll need to look at it full-screen, I think, to be able to see the pursuing raptor, but I’ve chosen it as my blip because a marsh harrier is a less common sight than a peregrine, and I’m pleased that the camera managed to pick up the dark bird against the dull background. 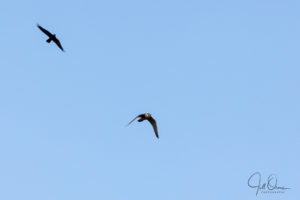 Overall, I didn’t have an especially good day with the camera, but it was my first proper birding day for several months, so I’m not really surprised. The reserve was fairly quiet, with fewer migrants than I’d been hoping to see, but I was still able to add a few species to my list. Annoyingly, I’ve only just noticed that I took this at 348mm, rather than the available 560mm, which means that at some point I must have leaned against my lens and shortened it, and then not noticed what had happened. Memo to self: do please try to keep your wits about you in future….

This evening was the first camera club meeting of the new season; we were treated to a talk by the landscape photographer Claire Carter, which was inspirational.