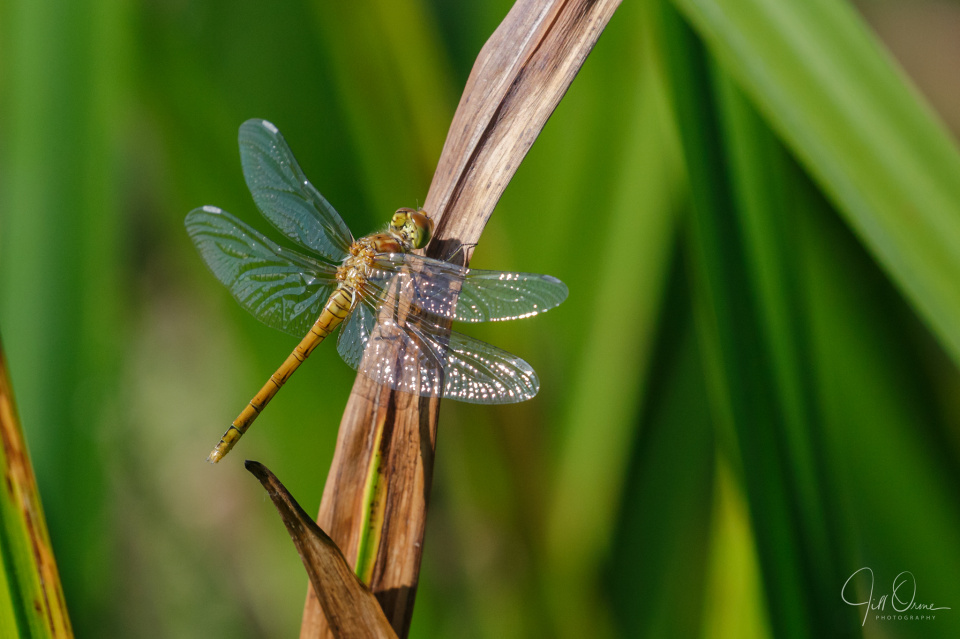 Some insects spend their entire lives being dismissed by people:

What’s that butterfly? Oh – it’s only a Meadow Brown…
Look – is that a Hairstreak? Oh, damn – it’s just a Ringlet…
That bee looks interesting! Oh wait – as you were. It’s only a drone fly.
What a lovely dragonfly – what is it? Just a Common Darter, I’m afraid.

It’s probably fortunate that they don’t speak Human, and would actually rather we left them alone than chased around after them with our pooters and macro lenses, looking for the rare record or the photo that’s going to make our reputation among other “collectors”.

Being “just” a Common Darter, this teneral female isn’t going to go viral on social media, but R and I both said “Wow!” as she fluttered weakly past us on delicate wings that were still clearly soft, and landed among the reeds to complete the process of drying out. In this species both male and female juveniles have similar colouring, and females stay looking much the same, unless they become what the books rather charmlessly describe as “over-mature”, when they can take on a reddish tone. Much as I would if someone described me the same way.

My extra is a flight shot of a male Emperor, and though it’s not the best you’ll ever see, it is the best I’ve so far managed of this big, fast hawker, which generally seems to be some kind of perpetual motion machine. 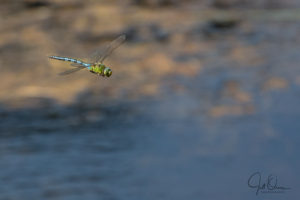