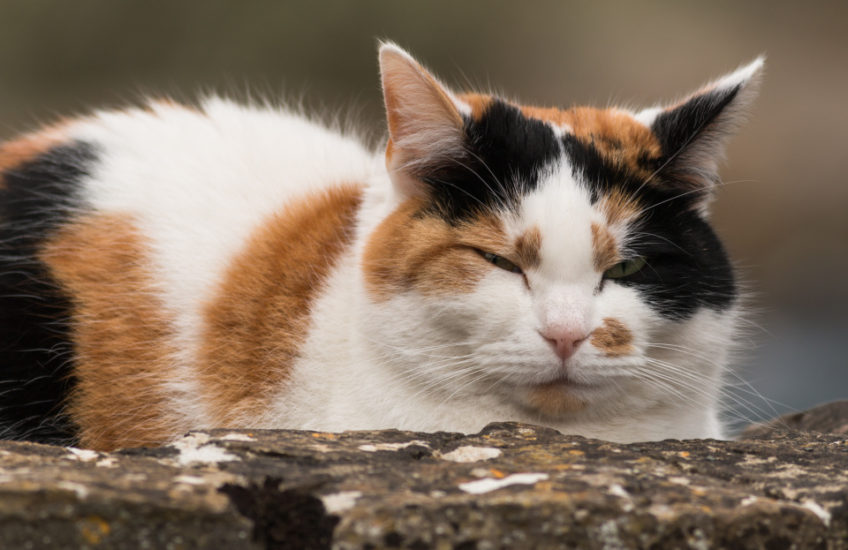 She does not care for me. At all.

She was lying on top of my neighbour’s log store (which stands just behind the dividing wall between our gardens), watching the world go by – as opposed to toileting in my garden or lurking about under my bird feeders in the hope of catching an unwary one, which is what she generally seems to be doing. When I made “Frrrrrrt” noises at her to attract her attention, this malevolent glower was all I received. But having just lugged the Big Lens downstairs to photograph the pheasant, only to discover that he’d apparently divined my intentions and pushed off, she was the best subject on offer, so I ignored the fact that I was clearly being hexed and took a couple of shots of her. I originally processed this into mono, thinking it would look less like an Emergency Cat Blip, but then I decided that I actually liked the synchronicity between her coat colours and the colours of the various lichens on the old lias wall.

Later I went out again with the macro, having spotted a pretty saxifrage in a planter outside another neighbour’s house while I was walking Arthur this morning. I couldn’t decide between these two shots, so I’m posting both of them. The saxifrage comes with bonus ant, unfortunately – but you can’t have everything. 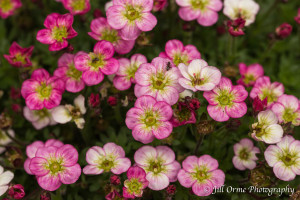 I’d like to say a big thank you to everyone who’s taken the time to look at my web site since I posted the link to it yesterday – I’ve been really thrilled with the lovely reaction to it from so many of my “photography friends”. I had an awful 10 minutes this morning when I had to install an update to my WordPress theme and it completely took down the site, but the technical support woman at my hosting company assessed the situation through my hysterical gibbering, performed some secret magic and got everything back on line pretty quickly. Who knew that being the owner of a web site would be so very exciting?