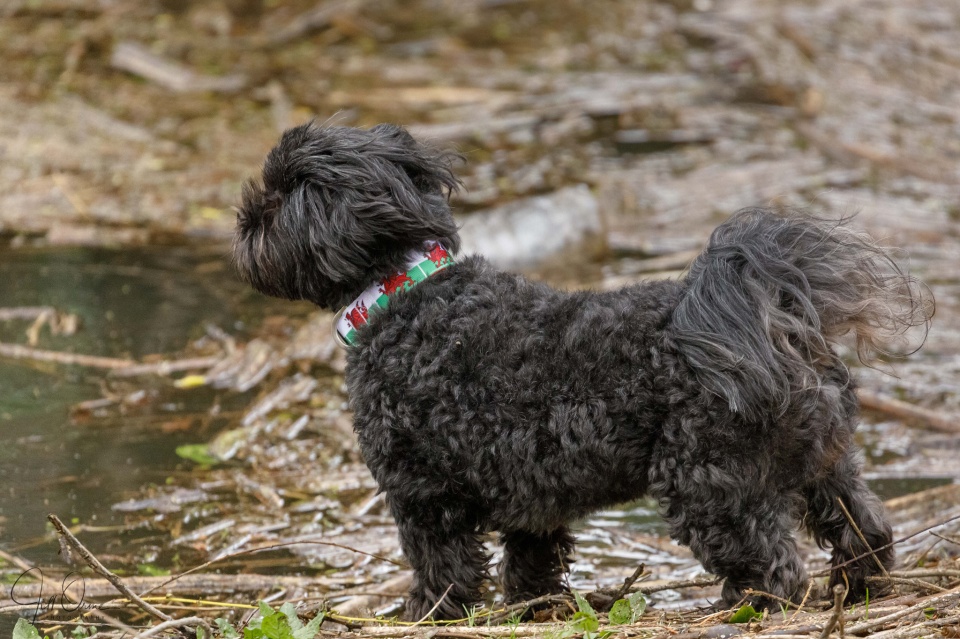 A rare sighting today of the elusive Welsh Mallard Hound, hunting out of its natural territory, down by Stratford Lock. If I’d been quicker on the uptake I’d have had its quarry in shot as well, but by this point they were ten metres away. Stratford ducks are used to dogs, and aren’t generally stupid enough to let themselves be turned into an afternoon snack.

Wisely, the Hound decided against continuing its pursuit into the water. Although you get some sense from this shot of it having been perhaps a little breezy, these are the shallows on the downstream side of the lock; the middle of the river, just by the Royal Shakespeare Theatre, looked like this. A 25mph wind, gusting to 45, according to the Met Office, which was strong enough to have stopped R and me in our tracks a few times as we headed back towards Old Town – unable to make any forward progress till the gust eased off.

Have I mentioned how much I don’t like windy weather? It causes my joints to flare, and makes me absolutely wild with frustration.