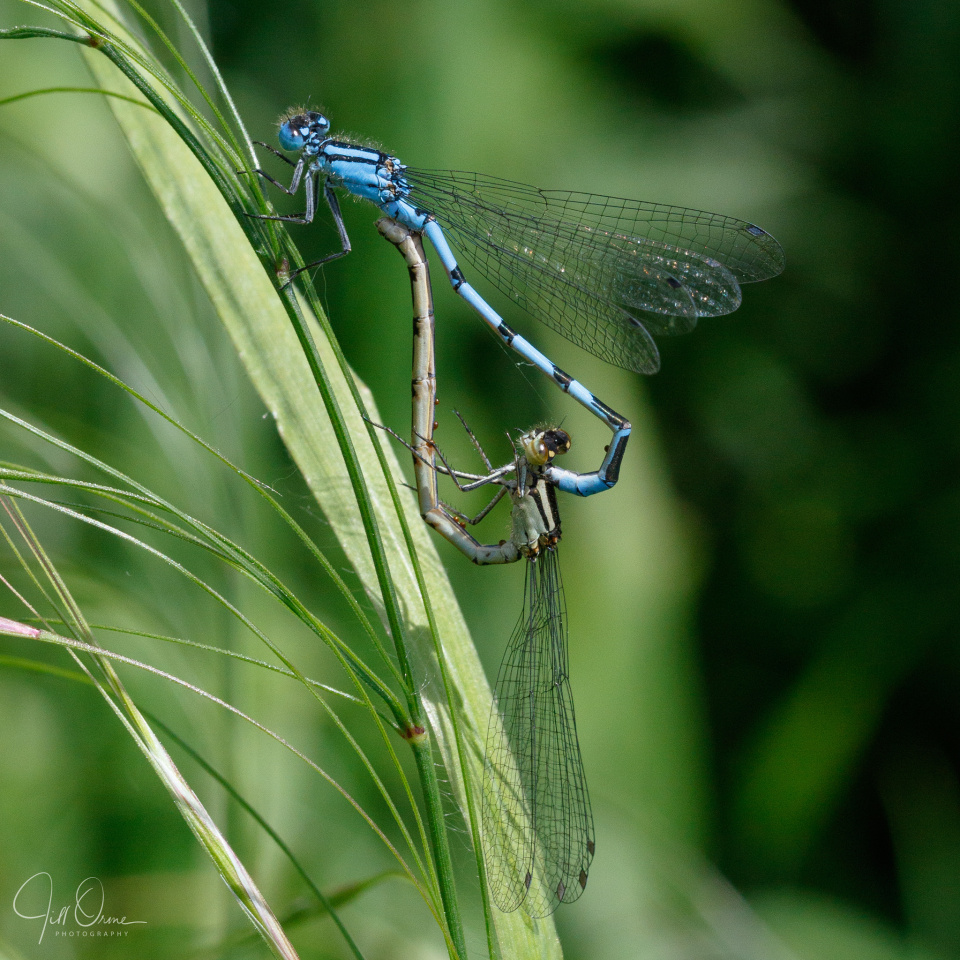 I made a return trip to Lower Moor today in search of dragons, but dragons continue to be in short supply there, so it’s lucky that the entire reserve was seething with damselflies, or I’d have come home with nothing worth posting at all. As it was I only took around fifty photos (almost unheard-of at this time of year), and I’ve kept fewer than ten of those. These are Common Blue Damselflies, easily recognised by the fact that the blue shoulder stripe is broader than the black one underneath it. One of the Odonata books asserts that “Common Blue is very blue”, and I suppose that’s sort of true for the males, though I’ve seen a lot of Azures that gave at least as strong a feeling of overall blueness. Females can also be blue, but as in this case they’re often a dull green colour.

While looking in all the usual places on the reserve for Downy Emeralds and Hairy Hawkers I bumped into someone on the same quest, with whom I’d interacted on social media in the past, but who I hadn’t actually met before. He’d already had a couple of fly-pasts from a Downy Emerald, which raised my hopes, but though we did see some – including one that flew past us at low level, giving us a good view of its handsome metallic green livery – none settled for a photo during the time I was prepared to spend standing around with heavy gear on in searing heat. I heard later that my new acquaintance – younger, presumably fitter, and definitely more determined than me – did get some photos after I’d left, which is fair reward for having put in more effort. I clearly need to get back into training.

When I arrived home R told me that he’d seen a pair of Large Red Damselflies ovipositing in tandem at the wildlife pond during the afternoon. Having seen a handful of damsels emerge from there over the past few days, it’s nice to know that some re-stocking is already beginning to happen.