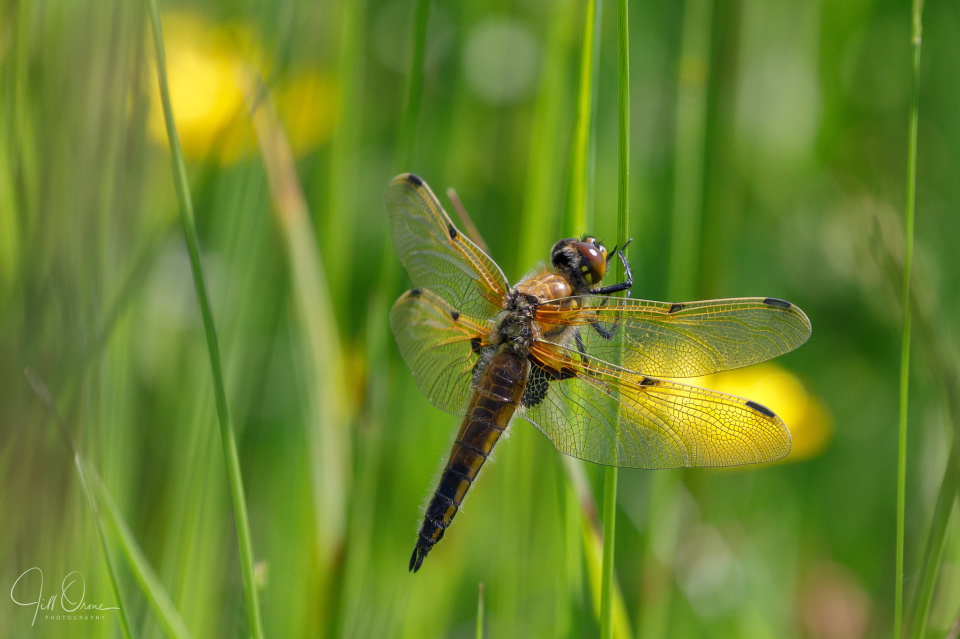 R and I went to Croome this morning, where the Odonata season is finally warming up. There were scores of damselflies in evidence, including a large number of tenerals, and – finally – some dragonflies too.

The reed bed that runs alongside the temple island at the lake provided the most exciting find of the day, though the worst photo opportunity: a couple of Hairy Dragonflies were patrolling the area, but whenever either of them came to rest they landed deep within the reeds where they couldn’t be seen from land. We did get to see their markings in flight though, and it was quite clear that they were Hawkers; my blurry record shots were just about good enough to confirm the identification, and have gone off to the County Recorder this evening. Hairy Dragonflies were found at Croome last year, but right at the other end of the watercourse, so I was surprised to see them at the lake. I can’t say with any confidence that the conjoined pair of dragons that flew past me and up into a tree on the island were Hairies, because they were between me and the sun, but it’s behaviour that’s especially typical of Hawkers.

Today’s two photos are both of Chasers. The extra is a newly-emerged female Broad-bodied Chaser, which I spotted in the island reed bed where we were watching the Hairy Dragonflies. She was very calm and settled, completely ignoring both the Hairies as they zoomed around above her head, and me as I crept to the edge of the reeds to take her photo. 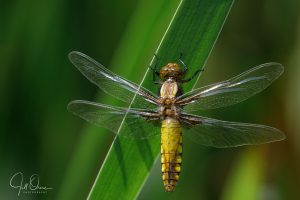 I took the main image in the meadow south of the house, after R had gone off home to do useful things. I was walking the perimeter of the watercourse and checking the vegetation to see what other dragons might be about, when this Four-spotted Chaser – which again, I think, is a female – lifted out of the reed bed, flew in front of me for a few metres, and then came down among the buttercups and clover. It’s not the kind of photo I usually take of a dragonfly, which may be the reason it’s my favourite shot of the day.