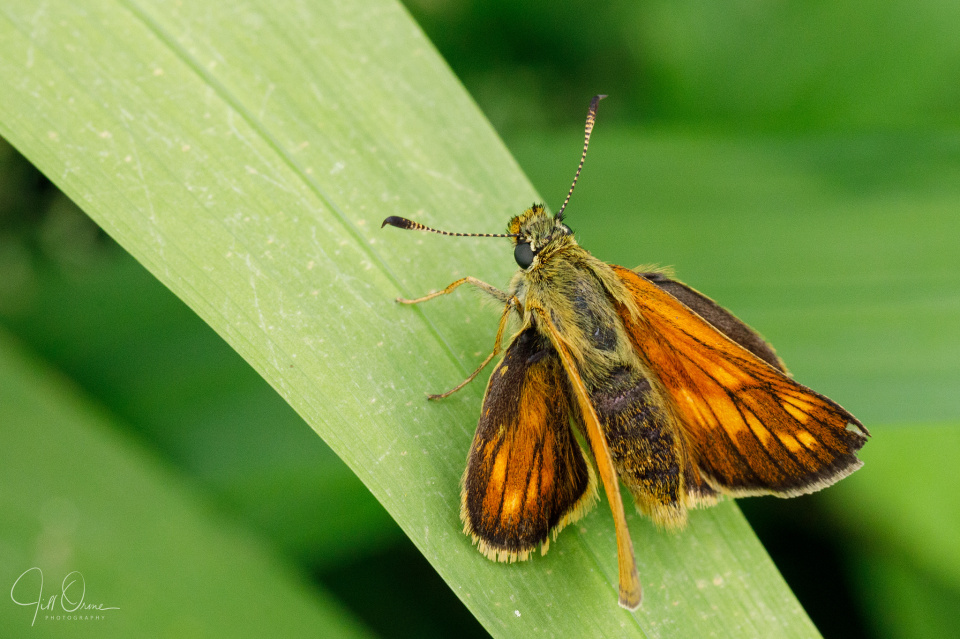 One of the things that cheered me up during the first lockdown last year was the fact that the warm spring and early summer brought a large number of butterflies to our garden, some of which I’d never seen here before. Among them were Large Skippers, which we always have in the village, but which I’d only previously encountered in meadows or feeding from bramble flowers in the hedgerows.

This year, of course, the spring was vile, and the butterfly season got off to a very poor start, but a few days ago I was delighted to see that the Large Skippers were back, skipping around the front garden. At the time it was warm and they were very flighty indeed, so up until today I’ve been struggling even to count them as they flitted around the centranthus and bickered over the best resting spots (“Mine!” “No, mine!” “It’s mine!” “Get off!” “WAHHH!!!”), and a few blurry record shots are the best I’ve managed to capture.

This morning though was cool, and the Skippers stopped skipping and settled. It was also so dark that I cracked and used the ring flash for some of the day’s trickier shots, which is ridiculous for this point in the summer – but let’s step around that, because these two photos weren’t tricky, and were taken in one of the more open areas of the garden, so I was able to turn off the flash and work with the available light.

The photo below shows two Large Skippers resting peaceably on the same montbretia leaf, which surprised me as these little guys are highly territorial; but when I loaded my images onto the computer I realised that the one on the left is a female, and the one on the right is a male. You can see this from the fact that he has a streak of dark scales along his forewing, and she doesn’t. These scales produce  the male butterfly’s scent, and are known as a sex brand. 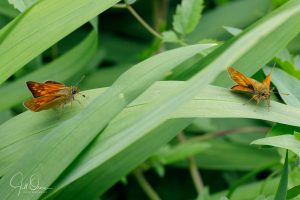 The main image was taken in almost the same place, but several hours later, and it shows a different female – slightly darker in colouring than this morning’s, and a little more battered. By this time it was brighter and warmer, but she was remarkably calm and settled, and allowed me to get quite close with the macro – despite the fact that some other members of her family had gone back to skipping, flitting and bickering around our heads.