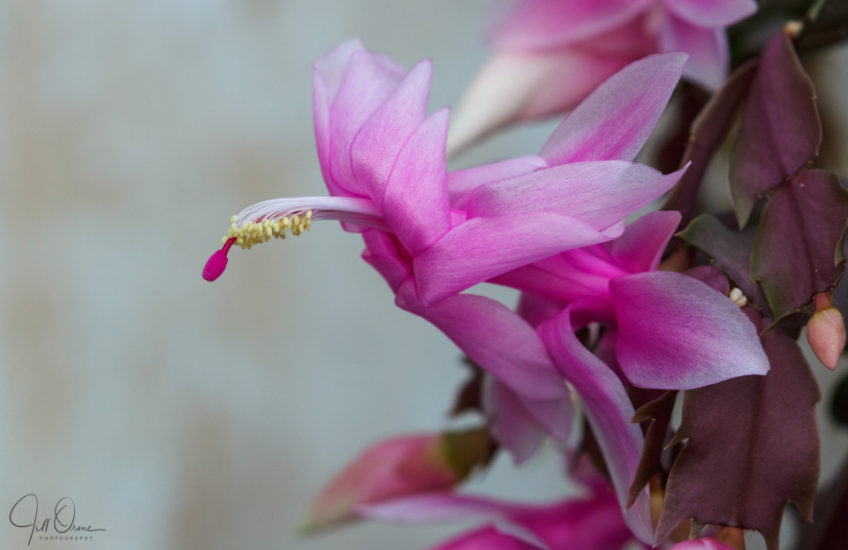 I have two C******** cacti, neither of which appears to be capable of reading a calendar: we don’t use the ‘C’ word around here until December, but the cacti are currently practising competitive flowering. I’ve blipped the more magenta one before, so here you have the paler pink version. I took the photo (hand-held, in quite poor light in the conservatory) with the Big Zoom, because I couldn’t be bothered to change it for the macro – my goodness, but this is a good lens! I think if you look at it full-screen you’ll see what I mean.

At BGCC tonight we had three interesting demonstrations by different club members, on smartphone photography apps, mount cutting, and monitor calibration. I already have two excellent apps (Photopills and The Photographer’s Ephemeris), which cover most things I currently want to do on my phone; but I was somewhat tempted by the Canon Camera Connect app, which allows a WiFi-enabled Canon camera to be controlled from a phone up to 15metres away – though I could only use it with the 7DII, and I’d have to upgrade the firmware (eurgh), and give up one of the memory card slots to a WiFi adaptor… so I think it’s something to ponder rather than to do immediately. The mount cutting demonstration was fascinating, and I really wanted to have a go at it – but until/unless I decide to invest in a photo printer (as opposed to having someone else do my printing, which is what happens now), it would seem a little odd to start cutting my own mounts. The demonstration that was most immediately applicable to my current needs was on monitor calibration, and it has made me determined to get the Spyder I bought…. gosh, I really don’t know how long ago now, out of its box very soon to check the colour calibration of both my monitors. If everything turns lime green tomorrow, you’ll know I’ve tried it, and found it to be harder than I was expecting.

The other nice thing that happened this evening was that one of the other BGCC Committee members gave me a high-quality print of this photo. Last Tuesday evening the club paid a visit to a company called Lumejet, who have developed a technique for producing traditional silver halide prints from digital photo files, and everyone who was planning to attend was invited to submit a file to the company in advance, so they could be given a sample print during the visit. Having submitted a file, I wasn’t able to get to the demonstration because I was still slithering up and down Welsh mountains at the time, so I didn’t expect to receive my print – but the company handed over all the prints they’d made, and our web master brought mine to the club house for me tonight. It’s impressive even under incandescent light, and I’m looking forward to examining it properly tomorrow in daylight – and then, I hope, getting it nicely framed for my study wall.

Perhaps I should buy some mount cutting equipment after all….?