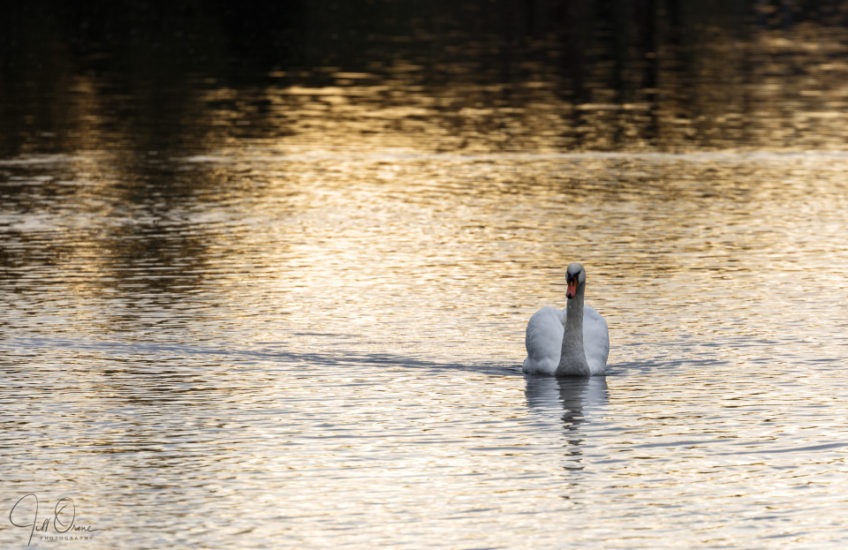 I was primed to take part in the Mono Monday challenge today: I had photos of some cake, which I could have passed off as a guilty pleasure, though in fact I don’t spoil good cake by experiencing guilt over it; and some long lens street shots of innocent civilians, which are an actual guilty pleasure. But when I settled down to process my images I kept being drawn back to this one.

It was fairly overcast today and the light was quite flat, and I was walking briskly along the south side of the Avon at about 3pm – which even at this time of year is pretty early to be thought of as the golden hour – when this swan was suddenly and briefly back lit by a shaft of low sunlight through a break in the cloud. For a few seconds this piece of water looked like molten metal, and I’m pleased with the way the camera captured the effect. All the file needed was a basic contrast tweak, and a slight compositional crop.