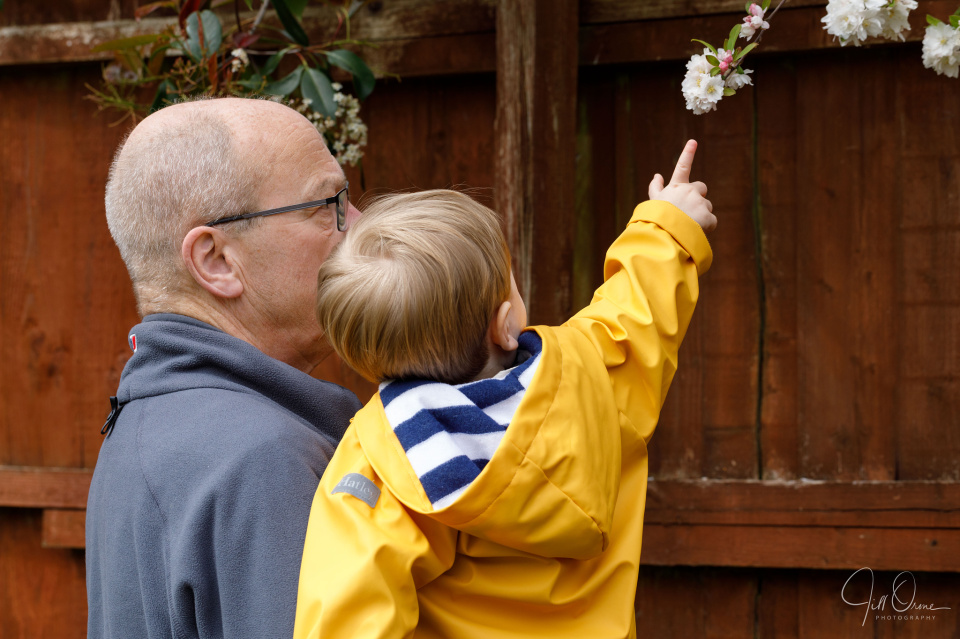 Poor Baby B wasn’t his best self this morning: due to a combination of yet another cold, and (we suspect) some more teething, he was distinctly fraj, and moved from smiles and games to stormy tears on the turn of a grandparental “no”, or the recalcitrance of an inanimate object that he’d normally take in his stride. But we had the unusual and happy experience of seeing him improve in real time over the course of the day, and by the time we left he was playing boisterously and very happily with his Daddy.

He’s now very interested in animals and birds, and when he’s in the house he often notices cats wandering through the garden, or birds flying past, and alerts his oldies by pointing and saying “A, a” (which, at least up to this afternoon, is what all of them were deemed to say). He often waves at them through the window too, which is especially charming.

During the hiatus between lunch and going to the park this afternoon, having seen him gazing out of the window quite a lot, R and I decided to take him into the back garden to see if we could find him anything there to engage him, and it then transpired – to my delight, as you’d expect – that his interest extends to invertebrates. He turned out to be an excellent spotter of even very tiny flying creatures, and became quite animated in pointing them out to R. In the main photo they’re finding some bees and hoverflies in the cherry tree that overhangs the fence at the end of the garden, and the two extras show some more of their discoveries: an Ichneumon stramentor on the wall (I was more than half a century older than the Boy Wonder when I first noticed one of these parasitic wasps), and a Platycheirus albimanus on some forget-me-nots. 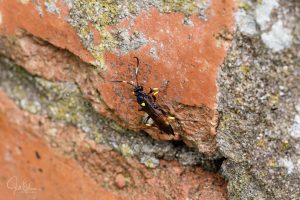 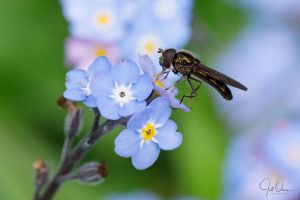 During our walk round the park later on, B was spotting dogs and gulls and telling me (loudly) about them saying “A, a”, but then he suddenly and unexpectedly produced “Ee, ee” instead, and hooted with laughter when I repeated it back to him. From that point on the vocabulary of the local fauna increased dramatically, and by the end of the afternoon they were saying most of the main vowel sounds, in various interesting combinations.