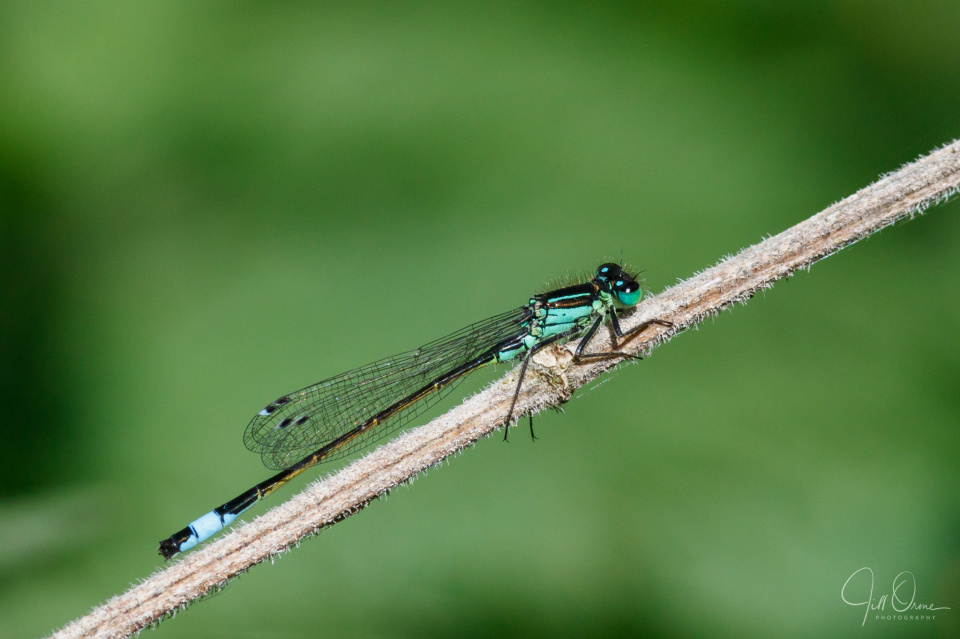 A busy day today saw me over in Chipping Norton first thing for a haircut, then zooming through to Stratford (roof down to dry my still-damp hair, which is why I now look quite a lot like Struwwelpeter) to insert myself into a meet-up between R, his aunt B, and a good friend of hers from their mutual time working for the BBC. R and I then went out for lunch, in celebration of our 33rd wedding anniversary – which was technically yesterday, but having spread our wedding out across two days we always feel entitled to celebrate the anniversary on whichever date is convenient.

R then went off to run errands, while I combed the river banks for invertebrates, and nearly got myself blown into the Avon by a howling gale that had got up while we were inside having lunch. It was still warm and sunny, but most inverts had more sense than to leave their roosts while it was so windy, so I didn’t find much. Specifically, I didn’t find the expected Banded Demoiselle bonanza: in fact this male Blue-tailed Damselfly and one other of his ilk were my only Odonata finds in an hour of diligent searching. Given that Blue-tailed Damsels appear far more slender and fragile than any of our other blue species, it always surprises me how tough and adventurous they are. 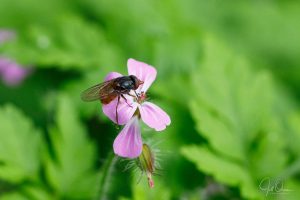 I then did some essential errands of my own, but once back at home I found the time for a little garden bug safari in the last of the afternoon sunshine. This turned up one tiny treasure, in the form of the Rhingia rostrata I’ve posted above. It’s not the first time I’ve ever had this species in the garden, but it’s noticeably less common than the ubiquitous Rhingia campestris, and this is my first sighting of the year. R rostrata is slightly larger than its cousin, and although it’s dressed in similar colours the tones are brighter. Crucially for identification purposes, it lacks the dark edge which R. campestris displays around the edge of its abdomen.