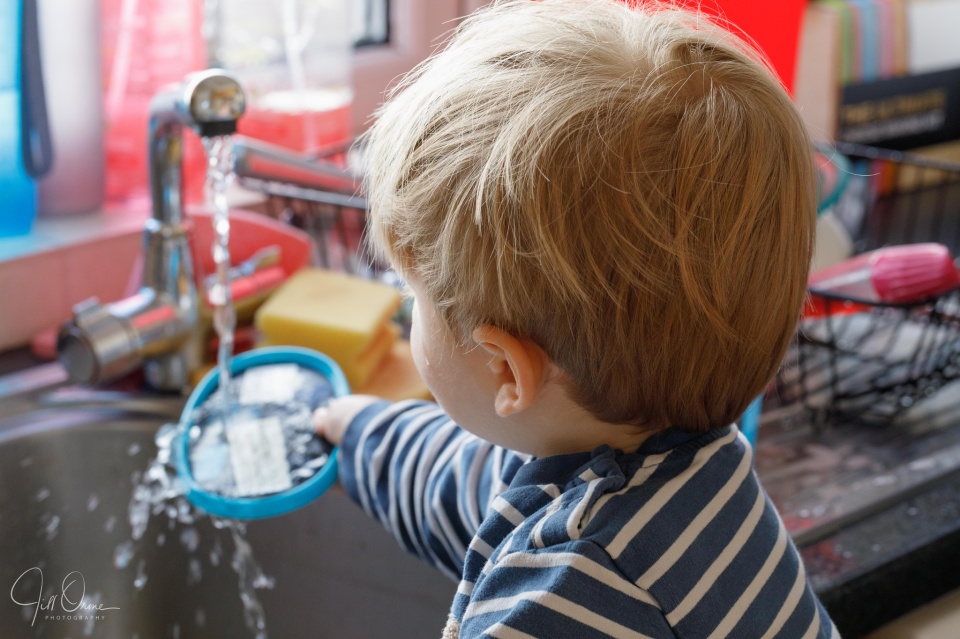 “You go and see him how often?” said a choir friend (with umpteen grandchildren, all now in their teens and twenties, several living within ten miles of her). “Why???”

My answer: if you can, why wouldn’t you? At sixteen months old, Baby B is growing up so fast that it would be hard to remember what he was like just a few weeks ago, if not for the fact that I take ridiculous numbers of photos on every visit. Before we know it he’ll be at school, and time with his oldies will probably seem like time wasted, so we want to experience as much of him as we can while he still thinks we’re fun.

Today’s happy Baby B times included playing in the garden, where he took us to see a little concrete duck he’s found, in a dark corner by the garage, which says a very emphatic “A, a!” with one hand on its hip. After his ninner we went to see some real ducks over at Forest Farm, and fed them water fowl nuggets – for which they were so grateful that a couple of the drakes even got out of the water when it was B throwing the nuggets rather than me, and cleared them up from the ground around the pushchair.

After his nap B decided to show us how he now helps with the washing up, using a brilliant new piece of furniture that can fold down into a little table and seat, or fold up into a set of steps with a safety rail around the top that allows him to reach the kitchen sink. A properly caring grandmother would have paused this activity to get him into a waterproof apron, rather than saying “OhWellNeverMind”, carrying on taking photos, and then changing his clothes and mopping up the mess in the kitchen later…. but we all have to live within our limitations.