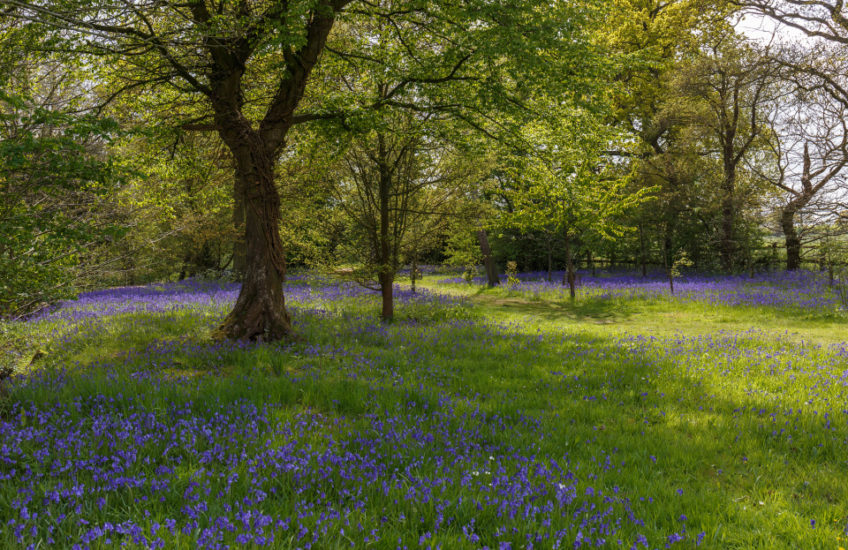 I was feeling a bit down this morning, but then I saw some photos of the bluebells currently in flower at Croome, and realised what was missing from my life. R was pulling up weeds in the garden when I went to find him to tell him I was going out – but on hearing what I was up to, he was very happy to abandon the nettles to their own devices and drive me down to Pershore.

As other people have noted, it’s surprisingly difficult to get satisfying photos of drifts of bluebells: for some reason they don’t seem to translate well to a flat image. The weather was also a bit strange this afternoon, very windy with scudding cloud, and thus alternately bright and overcast – at one point I even briefly found myself being horizontally snowed on, which wasn’t very much fun. So having neatly lined up my excuses, here are two of my better attempts: a wide angle of part of the path around the lake, and a close-up of one of the bluebell drifts. If you had a scratch’n’sniff screen, you’d also be able to experience the extraordinary scent of all these flowers – ignoring the temperature and the snow, if I’d closed my eyes I could have thought I was in Crabtree & Evelyn. 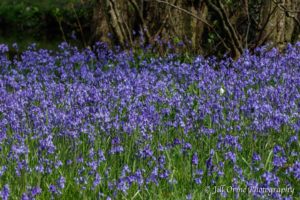 I must just mention as well that the café at Croome serves excellent cheese scones!