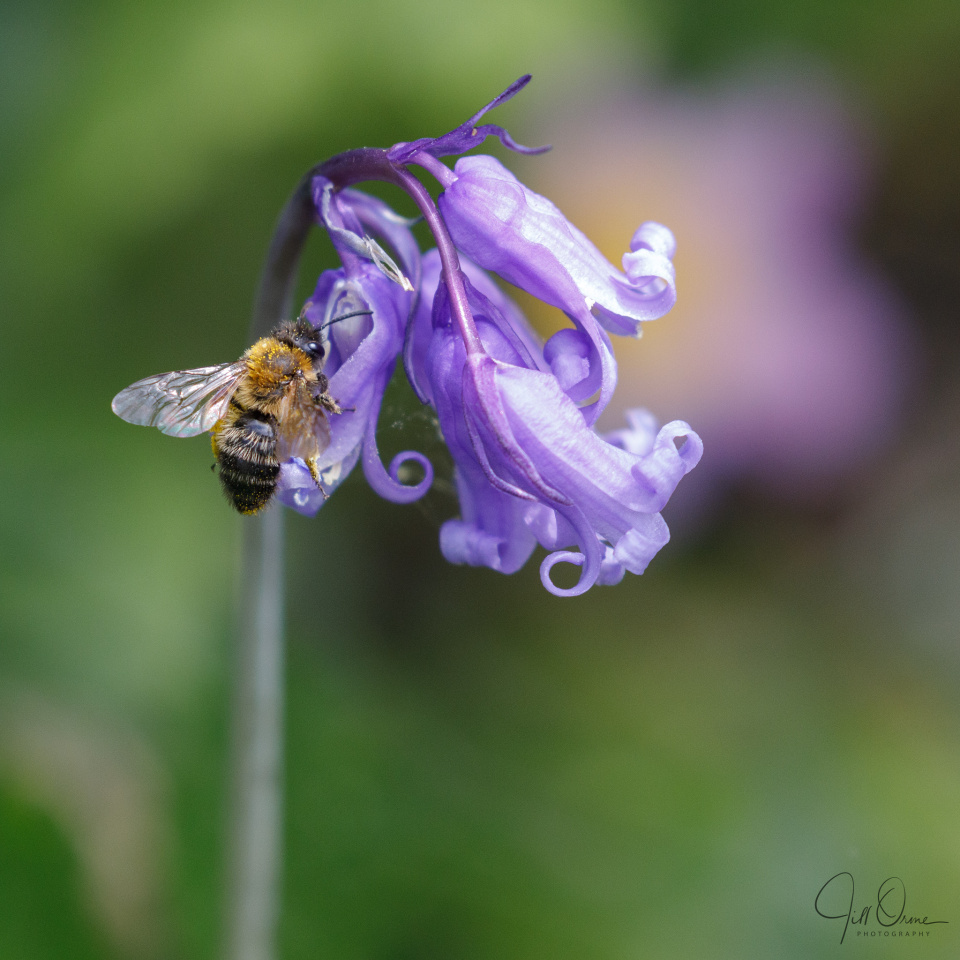 I’ve been keeping a vague eye on this plant since it appeared in the front border last week, under its own steam – given how difficult I find it to get things to establish in this soil, I’m always interested to see what chooses to come and live here uninvited. By last weekend it seemed to be resolving into a bluebell, and this morning I realised that it isn’t, as I’d assumed, a seedling of the Spanish bluebells that I have in the back garden, but is in fact a native. Which is very nice (British bluebells for British gardens and all that), but rather begs the question of where it came from, because I don’t remember seeing any anywhere else in the village. I’m not one to look a gift bluebell in the mouth though, so it can stay where it is. I just hope no-one gets the idea that I’ve stolen it from a bluebell wood somewhere.

The bee is a female Andrena bicolor, commonly called Andrena bicolor because no-one can remember its other name, which is Gywnne’s mining bee. It’s sad for Gwynne, whoever s/he was, that they managed to get their name attached to one of the commonest of our mining bees, only to have it ignored in favour of the scientific name – but perhaps they’re really famous among entomologists anyway, and it’s only ignorant civilians like me who have no idea who they were. Anyway, the female A. bicolor is about 1cm long, which is pretty small, but quite a bit bigger than the male of the species. I was lucky that she decided to pose momentarily like this, because for the first couple of minutes I was watching her she was little more than a bee-sized blur, going in and out of the bells and collecting pollen for her egg cells. According to Falk she’ll be constructing her nest in some light soil, but where she’s going to find any of that in Worcestershire, I can’t begin to imagine.

In other news, I’ve just finished reading The Noise of Time by Julian Barnes, which is about the life of Shostakovich, but far more about the madness of life in the Soviet Union under Stalin, and the almost unbearable tension between the need to create art, and the need to stay on the right side of a capricious totalitarian regime simply in order to survive. I loved it, and I can’t recommend it too highly.