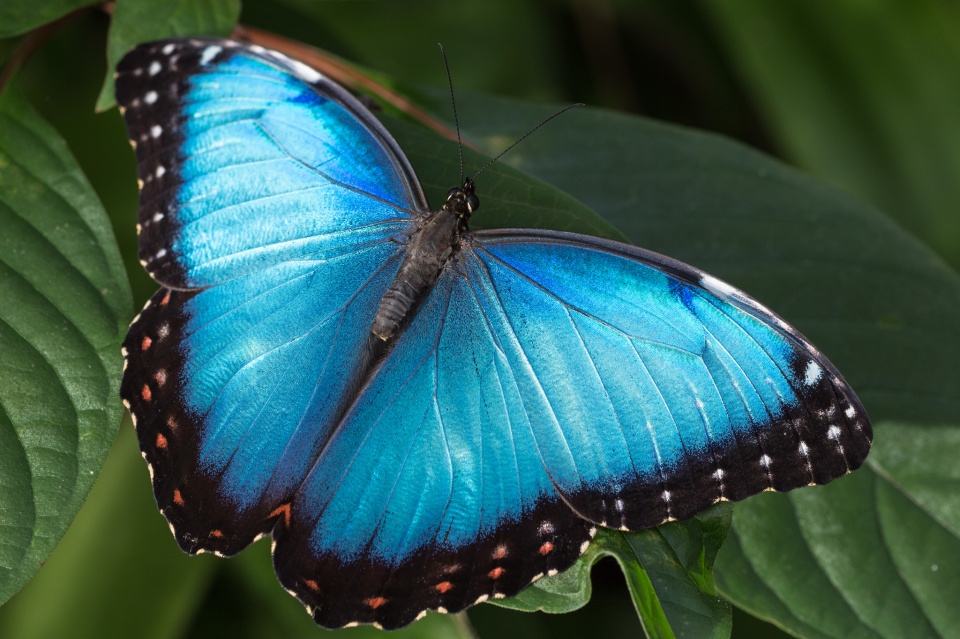 I was still feeling somewhat stiff and sore this morning from yesterday’s fall, so I didn’t go to Whipsnade – I hope that those who did had a very enjoyable day. Instead I cadged a lift with R when he went into Stratford on urgent but unspecified business (which I suspect may have something to do with next Sunday, but please don’t tell him I said so); he dropped me off at the Butterfly Farm so I could take some photos, and then about 40 minutes later we met up again in the middle of town for coffee.

I’d hoped to see the Speckled Mousebirds again, but they weren’t in view this morning – possibly because there was a school party in the flight room, though these were older children than last week’s hysterics, and much better-behaved. There was also a party of retirees at the Farm, apparently having a photography lesson, although I have to say that the advice they were receiving about the advantages in that setting of using extension tubes made me lift an eyebrow – I tried it once and got nowhere fast.

R and I have struggled to choose a single favourite shot for posting today: his is the Owl Butterfly I’ve put in as an extra, and mine is this stunning, fresh Blue Morpho. I’m pushing my luck in describing it as tiny though, because the wing span must be over 10cm – the shot was taken full-frame and has only a minimal crop for composition. I saw an interesting piece about Blue Morphos on The One Show recently: the colour comes not from pigment, but from the scaly structure of their wings. There’s some information about it here. 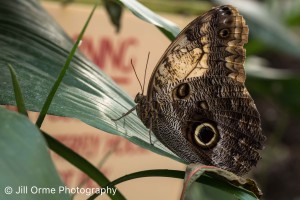