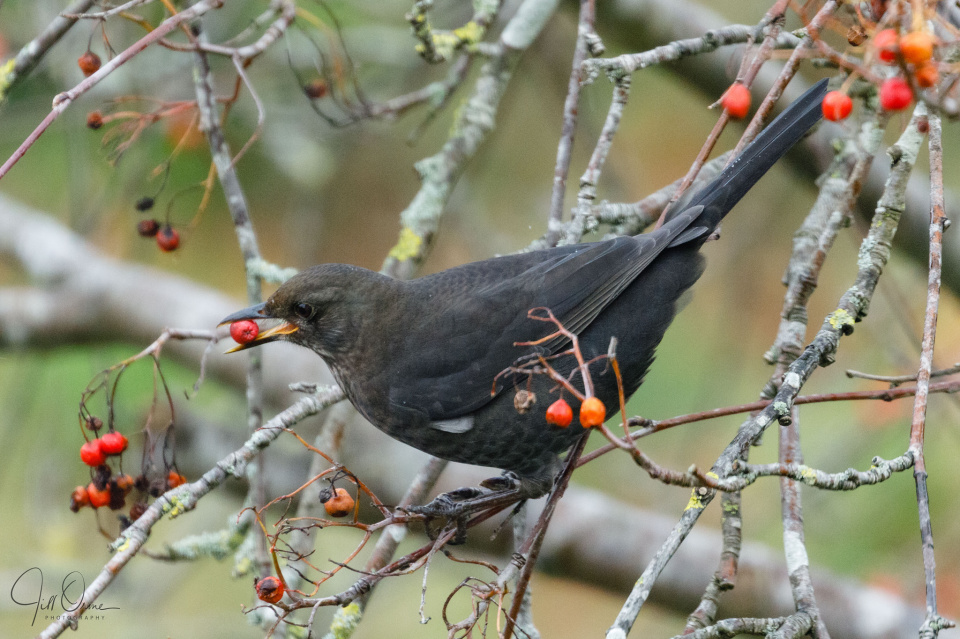 This old and rather tired rowan tree lives in the front garden, and mostly fails to enhance it. We’ve discussed taking down and replacing it, but I always reprieve it because in late summer the blossom provides a brief but glorious feast for bees and other pollinators, and the berries are prized by birds in the autumn. I’ve been watching it for days, but seeing no sign that anything was feeding from it – until today, when it was almost emptied of fruit within a couple of hours, while I was busy doing something else. I only realised what was happening when I glanced out of the window and saw a male blackbird sitting on a telephone wire, gazing intently in the direction of the rowan, and turned to see what he was looking at – realising, rather belatedly, that he was waiting for an opportunity to get onto the tree before it was completely stripped of berries.

The Holy Grail of birds-eating-berries shots is, of course, the juggle. And I did capture an image of this juvenile blackbird with a berry in mid-air – but not as well-focused as I would have liked, so I decided against it posting it. Not that I’m making any claims for this, really – except that it was shot through a rather grubby double-glazed window, and isn’t disastrous in the circumstances. I’d been planning (vaguely) to open my study window and set up the camera on a tripod in the shadows of the room so that I could take photos without disturbing the birds, but when I saw the rate at which the berries were disappearing today, I just grabbed the camera and shot through the glass. 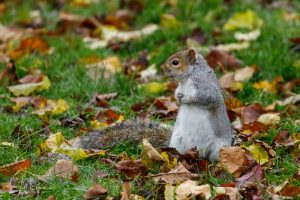 The extra is titled “Alan!!”