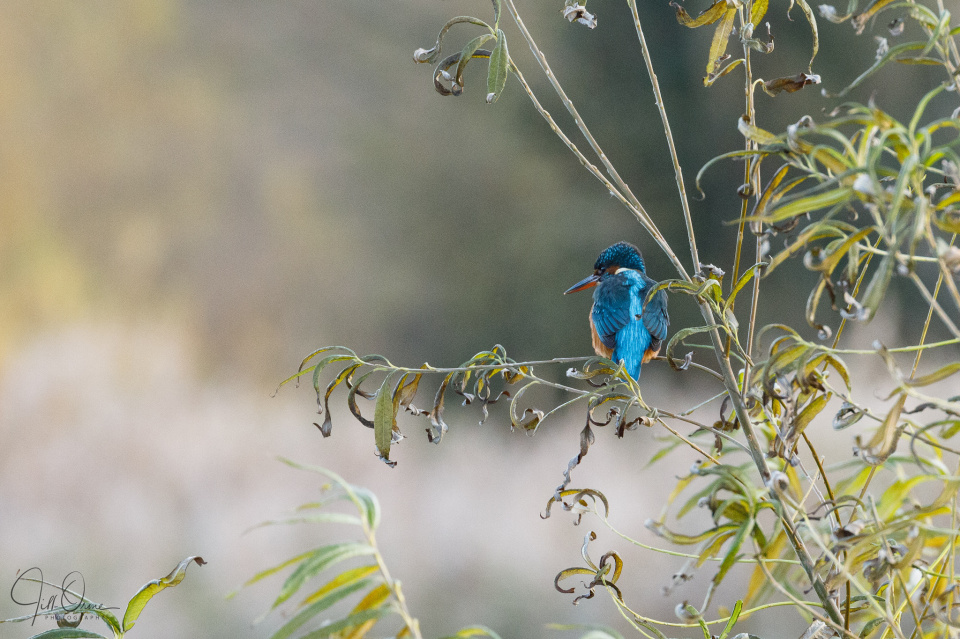 You know that thing they say about it being a bad idea to go food shopping when you’re hungry? Well, I’d also advise you not to go into a shop that sells expensive Scandinavian-style jumpers when you’ve just spent two hours in a freezing bird hide, and you’re wondering if you’re ever going to feel warm again. On the plus side, it’s a very nice jumper, and it was admired by my neighbour at choir this evening, so… swings and roundabouts.

This was only the second time I’ve ever been to Shorncote Reedbeds in the Cotswold Water Park; I regularly see enticing bird reports from the site, but my previous visit yielded poor results (I can’t even find a post that references the place, so I may have blipped something unrelated that day), and I haven’t felt compelled to try again. Until today, that is – when the words “marsh harrier” and “starling murmuration” cropped up in the same report, the attraction became irresistible, and off I zoomed to South Cerney.

Once again, I didn’t see all that many birds, but today the quality of what was there compensated for the lack of quantity, and I enjoyed my visit (if not the temperature). Alongside the usual suspects, I was able to watch a pair of grey wagtails, a wren, a large number of fieldfares and redwings (the first winter thrushes I’ve seen this season) and a couple of wigeon. I was delighted to be treated to two close fly-pasts by this kingfisher, and though there are no obvious kingfisher perches at this spot, on the second trip she paused very briefly in this small willow tree quite close to the hide, and I was able to rattle off four frames before she moved on.

The marsh harrier appeared twice, and if I’d had my wits about me I’d have better photos of her than the record shots I managed to capture. I noticed a sudden flurry among the mallards about a hundred metres away from the hide, but was slow to spot the large raptor that had caused the commotion, and by the time I did she was lifting over the reeds into one of the hidden channels that are a feature of this reserve. A couple of minutes later the other person who was in the hide with me spotted her coming back from a completely different angle, but I only managed a couple of frames before she veered away behind the hide. It was still a great experience though, not least because I’ve never been so close to a marsh harrier before, and didn’t realise how impressively big they are – I would say that this female was about the size of a male buzzard.

As dusk drew on the two of us went out of the hide to see if there was any sign of the promised starlings gathering. There wasn’t, but while I was standing waiting I had my last wildlife encounter of the day: a stoat came around the side of the hide, saw me, froze for a split second, then doubled back and disappeared whence it had come. I didn’t have time to even think about lifting the camera, but was very happy with the sighting, which made me want to re-watch the lovely BBC programme Weasels: Feisty and Fearless – if you didn’t catch this when it was originally broadcast, I recommend it.